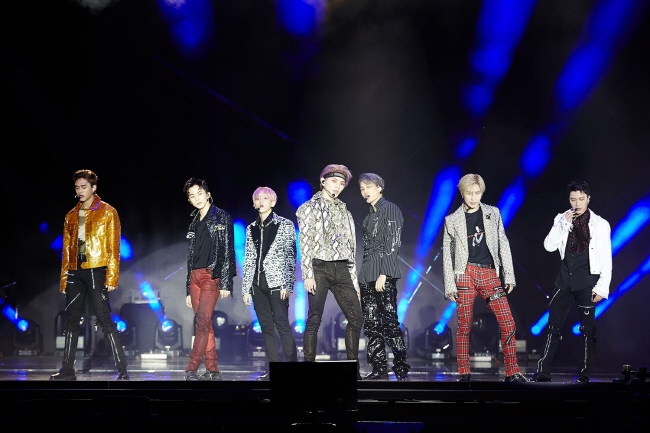 SM Entertainment and JYP Entertainment, the two largest agencies by market capitalization, reported better-than-expected third-quarter earnings, and they are poised to deliver further improvement in their bottom lines, according to them.

The revenue hike was led by robust album sales of over 1.4 million copies, thanks to its K-pop bands NCT Dream, Red Velvet and three units of EXO.

SM’s sales is expected to grow 26.3 percent in 2020, Hyundai Motor Securities estimated, as the agency has more cash-making events coming up.

Billboard 200 champion SuperM will go on a U.S.-Canada tour, while EXO and Super Junior will be on separate world tours.

Another entertainment agency, JYP Entertainment, also saw its July-September sales spike the most among the big-three agencies to 45.5 billion won, up 34.1 percent on-year.

The management firm’s operating profit jumped by 74.5 percent, largely due to fat album sales of hit groups — TWICE, GOT7 and ITZY.

JYP is expected to make an upbeat run next year as new idols are set to debut in Japan and China. 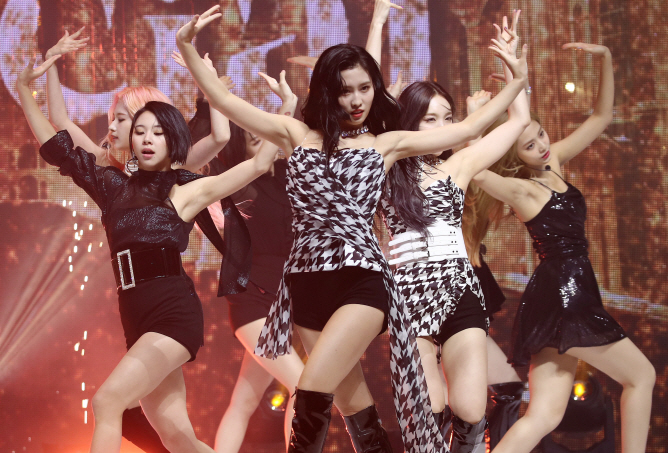 YG Entertainment, unlike its two rivals, reported downbeat earnings for the third quarter, hit by a series of scandals.

The firm’s sales fell 2 percent on-year to 63.7 billion won, and it swung to an operating loss of 3.1 billion won.

YG’s bleak performance began with a corruption scandal in November 2018, widely known as “Burning Sun gate,” involving Seungri of YG’s star group BIGBANG. Seungri had his contract terminated due to the fiasco, while other BIGBANG members have kept silent about further extending their contracts, which expire at the end of the year.

In June 2019, YG Chairman Yang Hyun-suk resigned from his post after being investigated over illegal overseas gambling.

Adding to this is that its girl group BLACKPINK, the most lucrative YG band along with BIGBANG, is likely to push back its comeback season to next year.

The star management agency’s annual sales for the year is estimated to shrink 5 percent, according to SK Securities. The brokerage said the agency has uncertainties to clear out for better earnings in 2020.