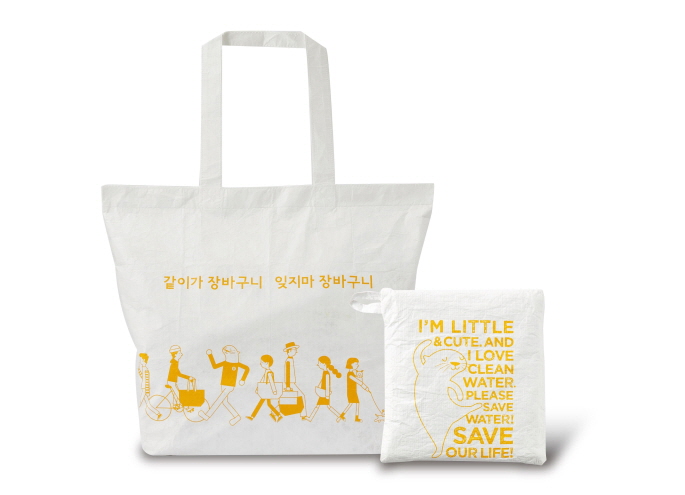 SEOUL, Aug. 30 (Korea Bizwire) — Empty paper boxes, tape and straps for packaging will disappear from large discount stores in the near future as part of an initiative to encourage customers to make use of more eco-friendly alternatives.

The Ministry of Environment held a voluntary agreement ceremony Thursday afternoon to foster the use of shopping baskets with E-Mart and four other large retailers in Seoul and the Consumer Public Interest Network.

Through the agreement, these large discount stores will remove boxes, plastic packaging tape and straps previously available to customers after a two or three month grace period.

If customers want, the stores will permit the purchase of paper boxes or paper bags and will also rent out shopping baskets.

The agreement is aimed at spreading success cases from Jeju Island across the country.

Four large discount stores and six mid-size retailers on the island signed a business agreement with the Jeju Special Self-Governing Province in 2016 and removed all of the paper boxes from their stores.

As a result, consumer shopping basket usage has become common at large discount stores on the island, according to government officials.

The seriousness of the waste problem has also been behind the promotion of the convention.

According to the Ministry of Environment, concerns over secondary environmental pollution were raised, with 658 tons of plastic waste generated annually by the three companies — Lotte Mart, E-Mart and Homeplus – enough to fill 857 Seoul World Cup Stadiums.