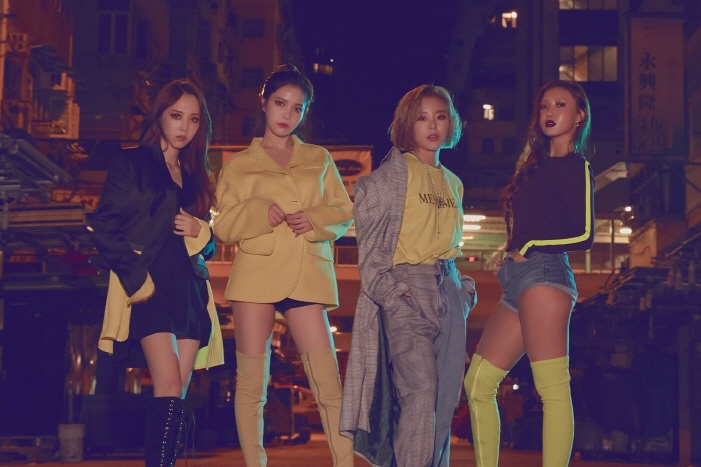 SEOUL, Feb. 28 (Korea Bizwire) — Girl group Mamamoo will return to the K-pop scene with a new album next month, its agency said Thursday.

The four-member act’s new EP, the title of which has yet to be revealed, is scheduled to be unveiled on March 14.

“The upcoming album will be the finale of the group’s ‘Four Seasons Four Colors Project’ series,” RBW said, adding that the band will hold a concert in April.

The album project began in March last year with “Yellow Flower” and continued with “Red Moon” in July and “BLUE;S” in November.

White will be the main concept color of the new album, according to the agency.

The quartet debuted in June 2014 with “Mr. Ambiguous,” the lead single from its EP “Hello.” It has since enjoyed successive hits, such as “Piano Man,” “Um Oh Ah Yeh,” “You’re the Best,” “Decalcomanie,” “Yes I Am” and “Starry Night.”