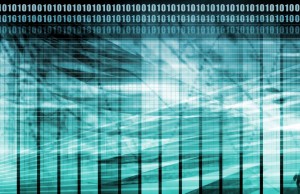 The importance of data analysis is rising fast in the game industry.(image: Kobizmedia/ Korea Bizwire)

SEOUL, May 18 (Korea Bizwire) – “Most game makers that succeeded in the world market analyze data on each national market’s users and their live time value constantly.

Domestic game publishers and developers must do the same to raise their winning possibilities in the global market.” This is what Lee Chang-soo, president of 5Rocks, Korea’s mobile game analysis tool maker, said in an interview.

The importance of data analysis is rising fast in the game industry. According to industry sources on May 12, Korea’s major game companies such as NCSoft, Neowiz Games, and CJ E&M Netmarble are increasingly relying on data analysis tools available externally in addition to internally developed tools. For example, 5Rocks boasts 400 customer firms in Korea and elsewhere as of the end of April this year.

Until March, the data analysis tool developed by 5Rocks was made available to some domestic game companies such as Sundaytoz and We Made on a trial basis. Within only one month after the commercial launch in early April, as many as 400 game companies have signed up for the service.

Established in February last year, 5Rocks expects that it would be able to break even by the year’s end. Last year, it was given a 2.5-billion-won investment from Global Brain Corp. of Japan, followed by a strategic alliance deal with Adways Inc., a Japanese ad agency.

Lee of 5Rocks said, “In the United States, there are several app analytics firms such as Flurry and App Annie. I believe there will be at least three or four such service firms in Asia by the end of this year. Given the rising demand, we plan to expand our business aggressively, including opening of a U.S. office.”

According to Gartner, Inc., the business intelligence market including mobile data analytics in the Asia-Pacific region would reach US$1.4 billion this year, up 7.4 percent from the previous year, buoyed by a high growth in data recovery and mobile segments.