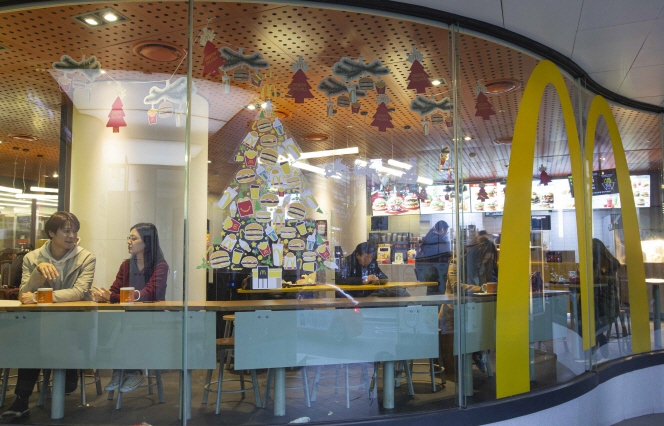 SEOUL, Jan. 17 (Korea Bizwire) — U.S. food chain McDonald’s said Friday that it will raise its menu prices largely due to increased costs, joining rivals such as KFC for price hikes.

According to McDonald’s Korea, the company’s South Korean unit, the average price of its eight menu items will rise by 1.36 percent starting next week.

“Some menu prices were adjusted in consideration of an increase in various expenses,” a company official said.

The price of McDonald’s two bestsellers — its cheeseburger and its Big Mac set — will both increase by 200 won (US$0.17).

Last month, chicken franchise KFC Korea Co. also increased its menu prices by an average of between 100 and 200 won.

Hamburger chain Lotteria operated by local player Lotteria Co. also increased the prices of 20 of its menu items by an average of 2.5 percent.

Lotteria said the price hikes were in consideration of higher costs, noticeably the minimum wage hikes that take place every year at the beginning of the year.