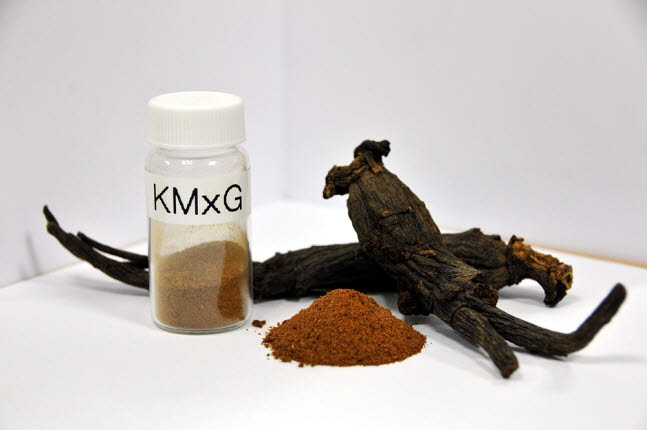 This photo provided by the Korea Institute of Science and Technology shows a microwave-processed red ginseng.

SEOUL, Jan. 27 (Korea Bizwire) — The results of a recent study suggest that microwave-processed red ginseng can prevent the spread of cancer cells.

A joint research team from the Korea Institute of Science and Technology and the Asan Medical Center announced on Tuesday the development of a new red ginseng processing technology that uses microwave radiation to increase the amount of ginsenoside, a major active pharmacological component of ginseng, by more than 20 times.

Ginsenoside is a type of chemical compound referred to as a glycoside. Among the sub-components of ginsenoside, Rg3, Rk1 and Rg5 can prevent the movement of the protein that can induce the spread of cancer cells.

Thus far, processed red ginseng products have been made by steaming and drying the ginseng nine times.

The research team developed a new processing technology that radiates microwaves to airtight containers. This method contributes to increasing the amount of Rg3, Rk1 and Rg5 by more than 20 times.

Such components generated the effect of suppressing TGF-β1, a protein that induces the spread of cancer cells, and cancer cells themselves.

The research team stressed that they prevented not only the spread of lung cancer cells but also those related to prostate, cervix and skin cancers.