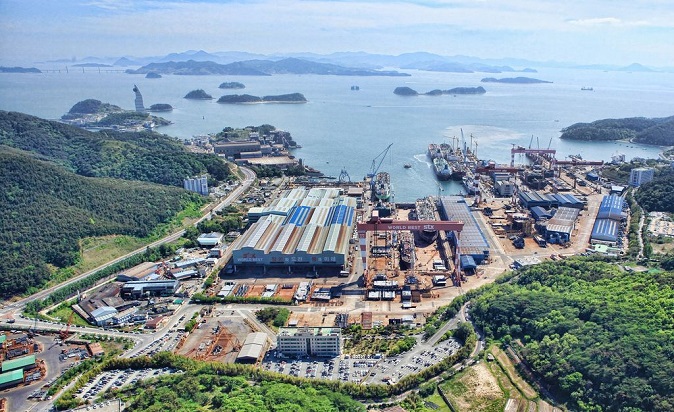 SEOUL, Nov. 26 (Korea Bizwire) — New orders for ships won by South Korea’s midsized shipbuilders more than doubled in the first 10 months of the year from a year earlier after finalizing their sale deals, industry data showed.

But the sales had been hampered by a slump in the shipbuilding industry and the COVID-19 outbreak.

As the shipbuilding industry started recovering from its slump this year, the midsized shipbuilders have completed their sale deals and posted robust performances in bagging new orders for ships, according to data by the Ministry of Trade, Industry and Energy.

Among the three shipbuilders, K Shipbuilding posted the strongest performance in the January-October period.

The shipbuilder bagged an order for a 50,000-ton petrochemicals carrier in March.

The deal for four oil tankers has an option to construct two additional oil tankers. 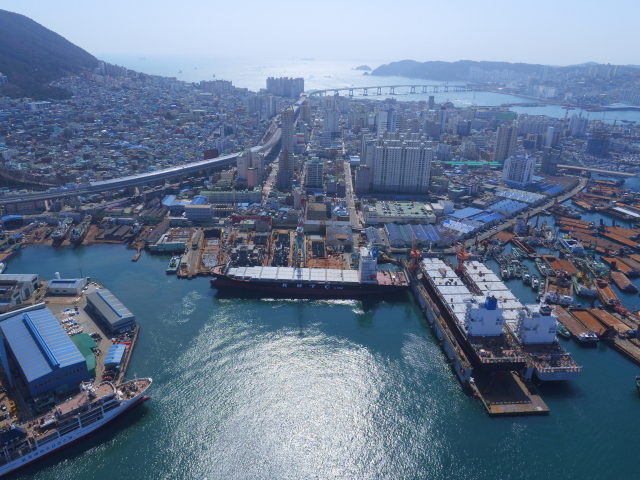 This file photo, provided by Daesun Shipbuilding Engineering Co. on Dec. 29, 2020, shows a shipyard of the shipbuilder in Busan, 453 kilometers southeast of Seoul.

In October, the midsized shipyard also joined forces with Kongsberg Digital AS, a Norwegian company that has technology for autonomous ships, to narrow the technology gap with large shipbuilders in the area of smart ships with its autonomous navigation system called K-ADIS, or K Shipbuilding Advanced Intelligent Solution.

In particular, Hanjin Heavy Industries & Construction obtained a 310.5 billion won (US$261.4 million) order to build four container carriers in October, which was the first order for commercial vessels in six years.

Hanjin Heavy failed to win orders for ships in 2020.

Daesun Shipbuilding Engineering won new orders of 250,000 CGTs in the January-October period, more than double from a year ago.

The shipyard struck a deal with Samsung Heavy Industries Co., one of the big three local shipbuilders, to receive technological support for smart ships in July.

The robust results came from the government’s program to support the midsized shipbuilders in areas of ship design and technology manpower cultivation, the ministry said.