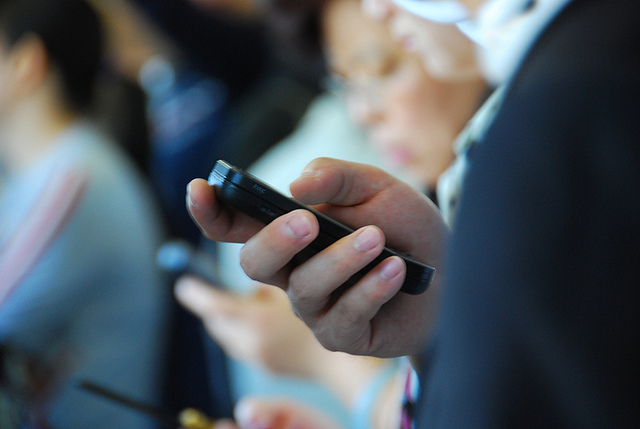 The volume of mobile data traffic has been on the rise since the introduction of smartphones while that for voice traffic is slowing.(image:faungg’s photo/flickr)

According to the Korea Information Society Development Institute on July 4 in a report “The Impact of Increasing Mobile Data Traffic on Voice Traffic” by researchers Kim Jin-ho and Oh Ki-seok, the volume of mobile data traffic has been on the rise since the introduction of smartphones while that for voice traffic is slowing.

As late as 2009 when Apple’s iPhone was launched in Korea, the nation’s mobile data traffic was only 430 terabytes a month. As of the end of 2011, just months after the commercialization of long-term evolution (LTE) services, the traffic volume skyrocketed to 21,186 terabytes a month. As of April this year, it again more than quadrupled to 90,172 terabytes.

The same trend of fast-rising data traffic with the accompanying phenomenon of slower voice traffic growth is observed in other major markets such as the United States, Japan, and the United Kingdom.

The report said the reasons for this include the increasing use of mobile messengers and mobile Internet phones, active use of social networking services such as Facebook and Twitter, and the relative decline in voice call time due to the increased consumption of multimedia contents on the mobile device.

The report said that the mobile telecom service market is moving toward data services. “In order to adapt to the new environment, mobile telecom operators must come up with new data rate plans and increase their profit centered around mobile contents.”