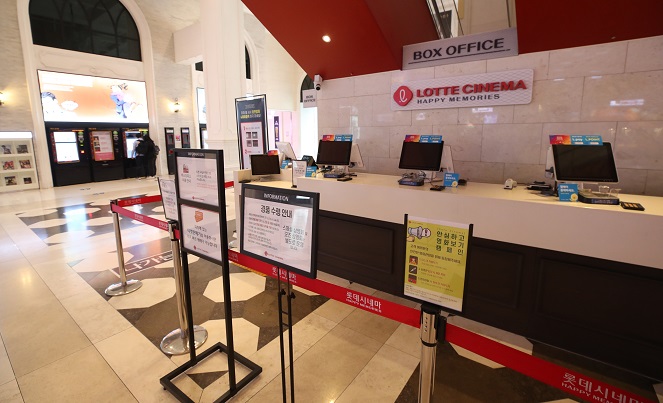 Cinema audiences can enjoy real-time views of the landscape of such tourist attractions and communicate with local tour guides through open chatting.

“We’re also planning to introduce a program that allows moviegoers to enjoy a variety of artworks at famous international museums and galleries through our screens,” Lotte Cinema said.

Another theater chain Megabox released an audio program called ‘Sound Movie’ via its app. After exploring a scenario that didn’t work as a movie, the company developed it into an audio program.

Megabox staff carried out content planning and creation ranging from selection to adaptation. Audio recording was also done by company staff rather than voice actors.

The company also plans to turn a variety of unique short and medium-length novels it found at independent bookstores and publishing companies, as well as films that have actually been released, into various audio recordings.