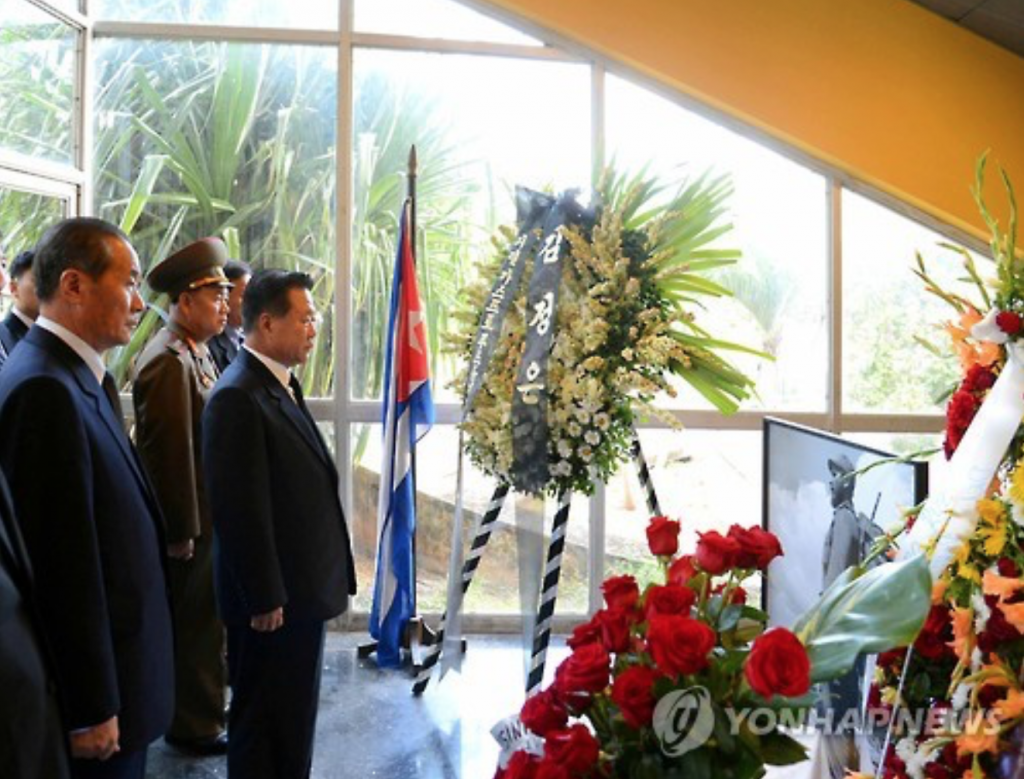 Choe Ryong-hae (R), a vice chairman of the ruling party’s central committee, expresses his condolences over the death of former Cuban leader Fidel Castro on Nov. 29, 2016, in Havana. (image: Yonhap)

Choe Ryong-hae, a vice chairman of the ruling party’s central committee, met with Cuba’s leader Raul Castro on Saturday during his visit to Havana, according to the Korean Central News Agency (KCNA).

North Korea sent Choe to Havana on Nov. 28 to pay tribute to the late leader in a move seen as highlighting its close ties with the Caribbean nation. The country called Castro a “close friend and comrade” of North Koreans.

The KCNA said that the two countries reaffirmed their close relationship, vowing to jointly fight against imperialism.

“Cuba would more firmly strengthen the ties with the DPRK than ever before to steadily develop the friendly ties provided by the preceding leaders of the two countries,” Raul Castro was quoted as saying by the KCNA.

The DPRK is the acronym for the North’s official name — the Democratic People’s Republic of Korea.

Pyongyang honored Castro by observing a three-day mourning period from Nov. 28-30 as the former Cuban leader died at age 90 on Nov. 25. It hoisted flags at half-staff at major organizations and designated places.

North Korea and Cuba have long maintained close ties since they established their diplomatic relationship in 1960.