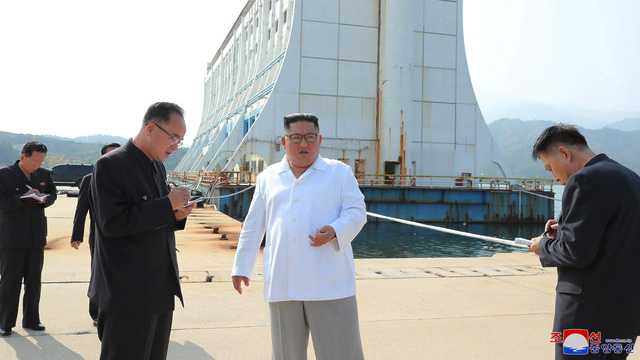 SEOUL, March 12 (Korea Bizwire) — North Korea appears to have begun to dismantle some of the South Korean-built facilities at the Mount Kumgang resort, a report has said.

Citing satellite images taken from March 5-9 by Planet Labs, the Voice of America said Friday (U.S. time) that the roof of the Haegumgang Hotel had become darker in the photos.

The images also showed that heavy machinery was located in front of the floating hotel.

The previous day, the South Korean government said it had detected similar moves at the resort complex but did not elaborate on which facilities were subject to the suspected dismantling.

The resort area, located on the southeastern coast of North Korea, houses a reunion center and other buildings for tourists from South Korea.

Pyongyang had announced that it would remove the facilities at Mount Kumgang, a rare symbol of inter-Korean collaboration, since its leader Kim Jong-un called for tearing down all “unpleasant-looking” facilities in 2019.

Last year, North Korea reiterated its will to renovate the Mount Kumgang area, and build a modern and all-inclusive international tourist area.

But the plan has been put on hold due to the COVID-19 pandemic.

Launched in 1998, the tour program to Mount Kumgang was a major inter-Korean cooperative project.

Hyundai Asan, an affiliate of Hyundai Group, had been the operator of the tour program to the mountain until tours came to a halt in 2008, when a South Korean tourist was fatally shot by a North Korean soldier.

In photos released by Seoul’s Ministry of Unification in 2019, the abandoned facilities, including Haegumgang Hotel, were dilapidated and covered in rust more than 10 years after the termination of operation.

“I can’t say anything about the VOA report on the Haegumgang Hotel,” a company official said. “We will keep close tabs on the issue and cooperate with the Ministry of Unification.”