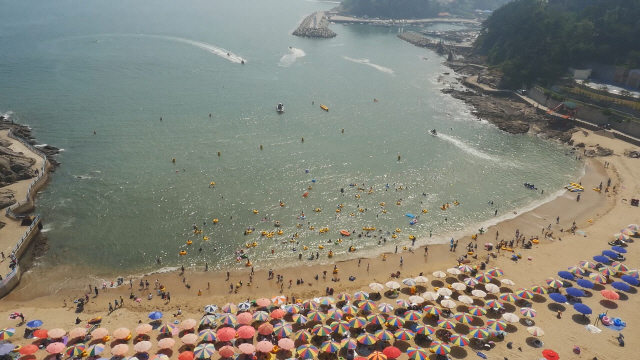 SACHEON, Jul. 9 (Korea Bizwire) — Namildae Beach in the South Gyeongsang Province city of Sacheon, lauded by ancient poet Choe Chi-won for its beauty, has officially opened to the public for the summer.

The beach situated 3.5 kilometers east of the port of Samcheonpo is famous for its clean waters, soft sand and dense woods.

It is also known for being one of the eight famous sites of Sacheon, and for its “elephant rock” in the form of the animal drinking water through its trunk. 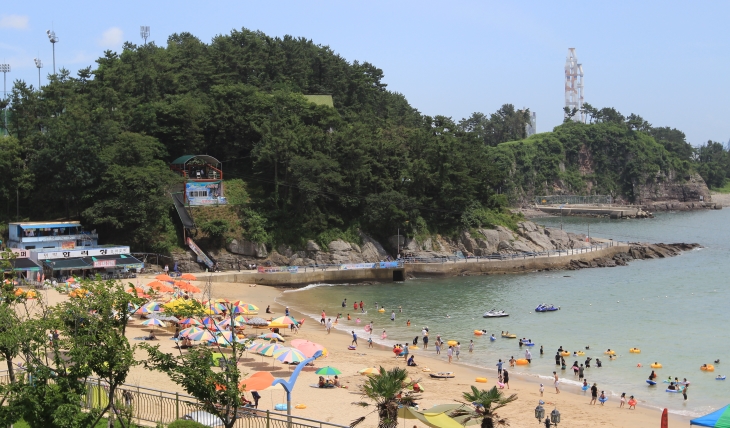 The beach will be open to the public for 44 days until August 19. On July 13 and 20, a film festival will be held on the beach’s shores, and on July 22, a “Summer Beach Festival” will be held.

Earlier on July 4 and 5, the beach underwent a massive cleanup after Typhoon Prapiroon hit its shores, as part of preparations for its official opening.