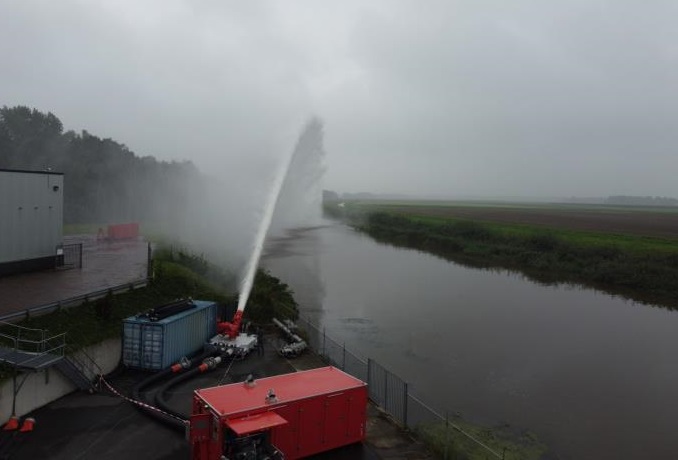 SEOUL, Dec. 16 (Korea Bizwire) — A new fire truck that can discharge 75,000 liters of water per minute up to a distance of 130 meters has been introduced for the first time in South Korea.

The National Fire Agency said Wednesday that it had introduced the nation’s first high-capacity foam discharging system that will be rolled out in January.

The newly-introduced system’s water discharging capacity is equivalent to the combined capacity of 26 large pumpers (2,800 liters of water per minute).

When using underwater pumps, it can make use of water from lakes, streams and the sea without any limits.

The sgency decided to introduce the high-capacity foam discharging system after it experienced difficulty extinguishing a fire at a large oil storage tank in Goyang, Gyeonggi Province in Oct. 2018.