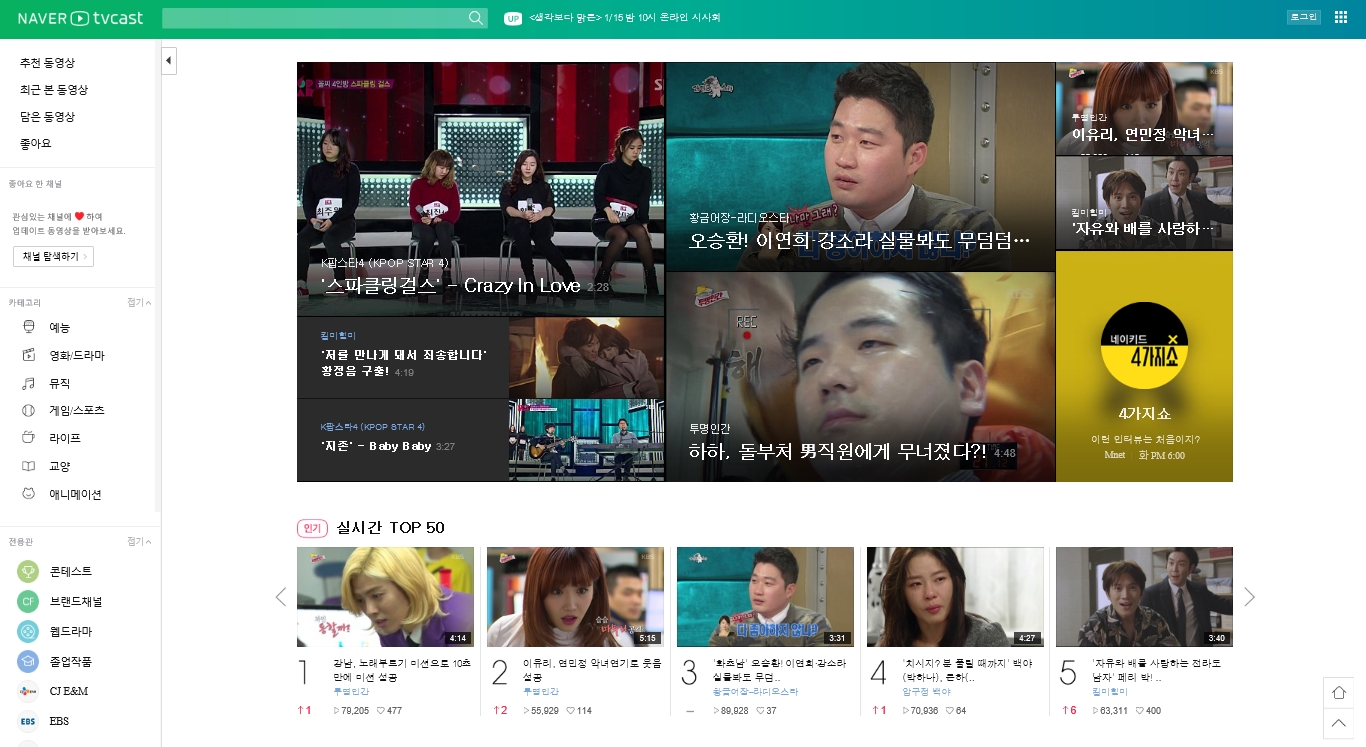 That compares with a 13.3 percent on-year increase for the global video-streaming site to a total of 149 million in the South Korean market.

The sharp growth of Naver’s online video streaming came on the back of its strong drive for the business. The Internet portal provider, which runs the unrivaled namesake search engine in the country, has been ramping up efforts to raise its share in video streaming, both online and mobile, with a focus on Web dramas.

A decision by a group of local broadcasting and cable companies late last year to stop streaming service of their content via YouTube, mainly due to profit-sharing issues, has also helped Naver expand its share in the field.

In December last year, following their breakoff with YouTube, the UVs of Naver TV Cast soared nearly 39 percent from the previous month to 6.09 million, while that of YouTube dropped 3.1 percent on-month to 11.9 million.