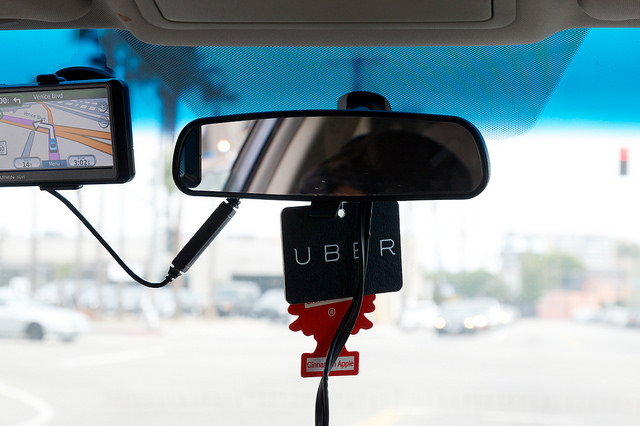 The controversial UberX service is based on a smartphone app that links customers with passenger cars driven by individual motorists for hire. (image:Joakim Formo/flickr)

SEOUL, Dec. 23 (Korea Bizwire) — The Seoul metropolitan city government will grant up to 1 million won (US$907) to those reporting cases of unlicensed drivers carrying paying customers. This is specifically designed to discourage Uber from doing business in Seoul. The Seoul city government said this on December 19, adding that it would implement the city ordinance from the 30th.

The controversial UberX service is based on a smartphone app that links customers with passenger cars driven by individual motorists for hire. Due to its advantages of being able to pay the fare with a credit card number registered on the app and the customer doesn’t have to wait for a long time to hail a cab, the service is wildly popular among the citizens.

But the current law forbids anyone driving a rented vehicle from carrying paying customers. It also prohibits individual drivers from rendering taxi services. Under these legal grounds, the city government says the business of UberX is operating illegally. Nonetheless, Uber will continue its business until the court makes judgment on the case as the company’s business is not directly providing the services but plays the middleman’s role with its app.

The city government is adamant that UberX shouldn’t be allowed to do business as it is hard to supervise the quality of the Uber drivers so that there are risks to passengers such as robbery or rape. In addition, insurance disputes may arise as to who is responsible in case where accidents occur. There may also be potential for Uber fare to increase in the future, the city government said.