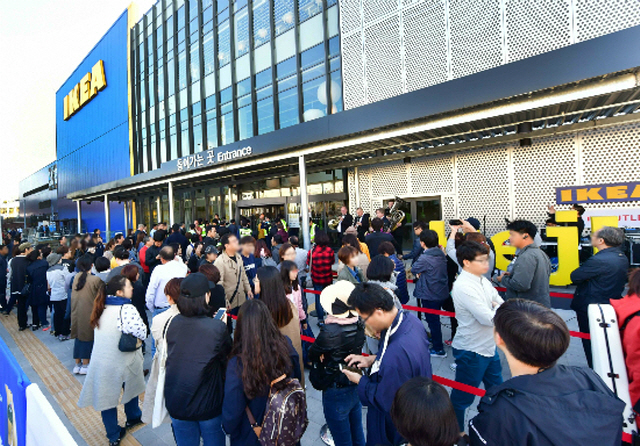 A long queue waits in front of its second store, located in Goyang, on its opening day Oct. 19, 2017. (image: IKEA Korea)

On Tuesday, Hong Jong-haak was appointed to head the Ministry of SMEs and Startups, which was newly minted in line with an election pledge made by President Moon Jae-in.

During his confirmation hearing, Hong said in a written statement that there is a need to regulate stores whose business conditions are similar to hypermarket chains, even if they are categorized as a specialty store instead of a multi-shopping complex or a large discount store.

“Concerns have been growing over the survival of small businesses due to some specialty stores,” Hong said in the statement. “We will conduct a survey over their actual impact on local businesses and prepare a regulation plan together with the trade minister if any negative effect is confirmed.”

Putting IKEA under regulation has been one of the thorniest issues in the local retail industry, after Chung Yong-jin, the vice chairman of South Korea’s leading retailer Shinsegae, openly said the furniture giant should be subject to the new regulation to limit business hours of multi-shopping complexes pending at the parliament.

IKEA’s Korean unit, however, said there is no reason for the law to be applied to the company as it only sells furniture, unlike the multi-shopping complexes run by major retailers.

Big-box discount chains operated by giant retailers, meanwhile, have already been forced to close their shops twice a month on Sundays and on public holidays since 2013. 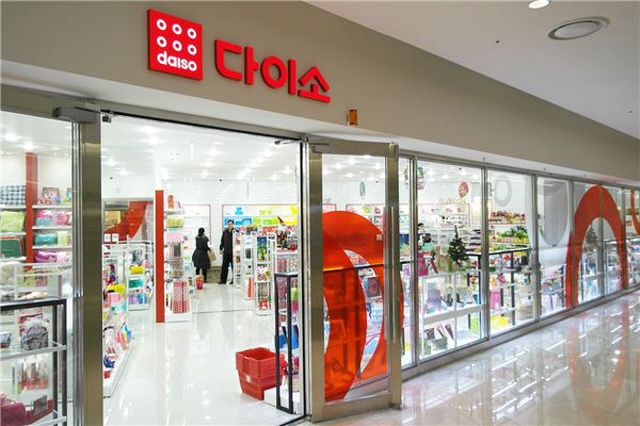 A Daiso shop in Seoul, a localized version of a U.S. dollar store. (image: Daiso)

Hong also said Daiso, a localized version of a U.S. dollar store, has been benefiting from loopholes in the existing regulations, hinting at a push to implement new rules.

Since its first store opened in 1997, the specialty store for household items has grown into a major retailer here, with its sales estimated at 1.56 trillion won (US$1.4 billion) last year.

“If the bill on multi-shopping complexes gets a green light, it will be hard for retailers to avoid a sharp drop in sales,” said Lee Seung-eun, an analyst at BNK Securities Co. “If the new bill regulates weekend operations like the law on hypermarket chains, the impact on their sales will be larger, as weekend revenue is known to be equivalent to the sum of weekday sales at those shopping malls.”