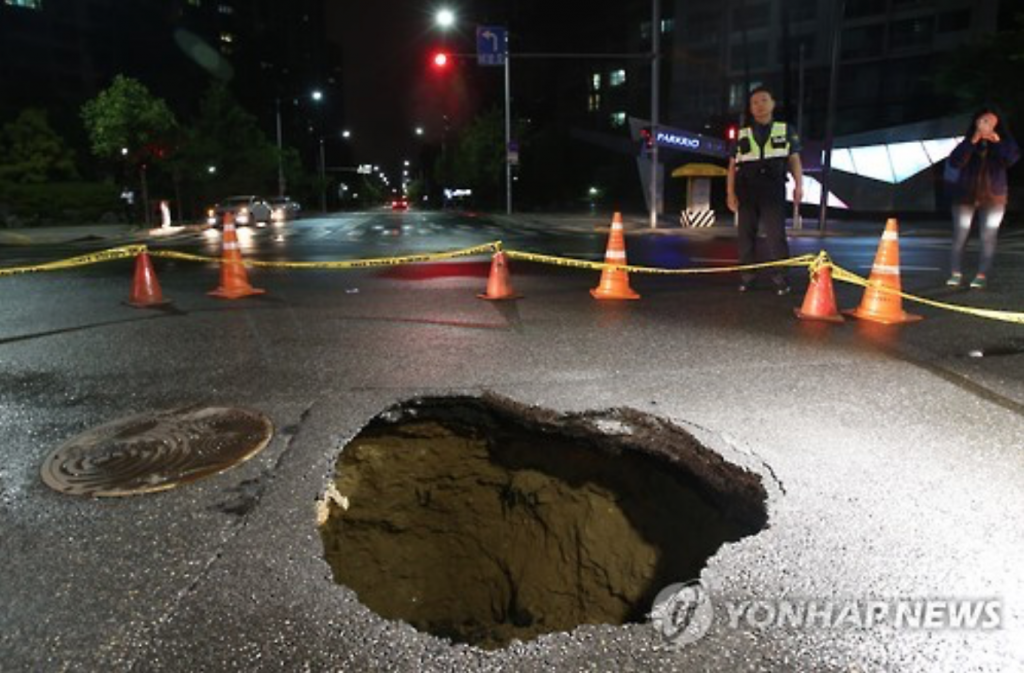 Lotte World Tower is a 123-floor skyscraper in Jamsil, Songpa District, and is currently in the final stages of construction. The tower has received widespread public criticism throughout its construction phase with a number of sinkholes emerging near the area in 2014 and 2015.

Public unease further escalated when water levels in the nearby Seokchon Lake dropped in 2015. 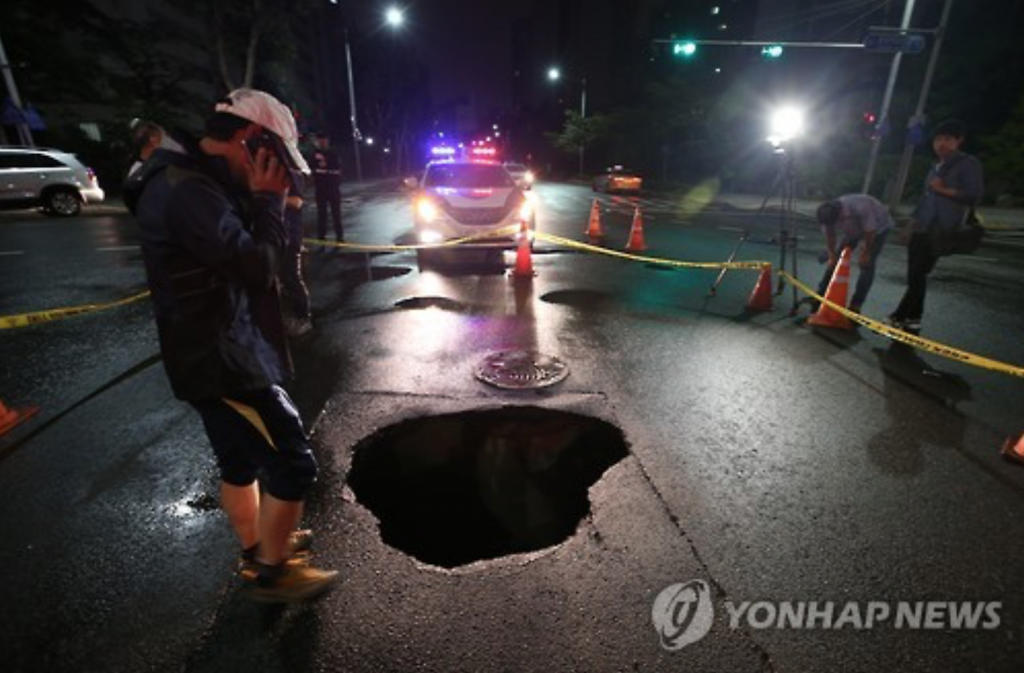 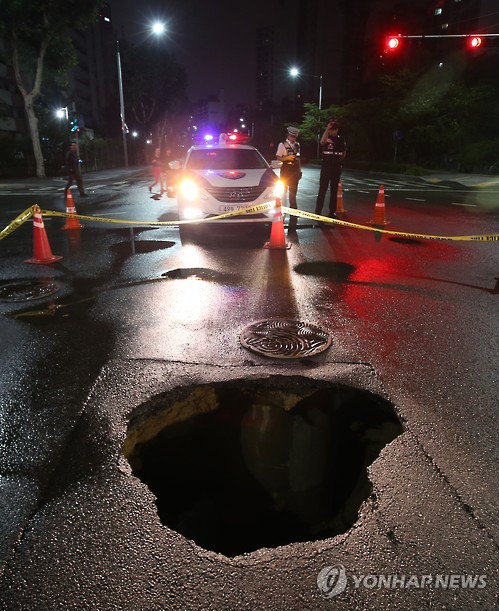