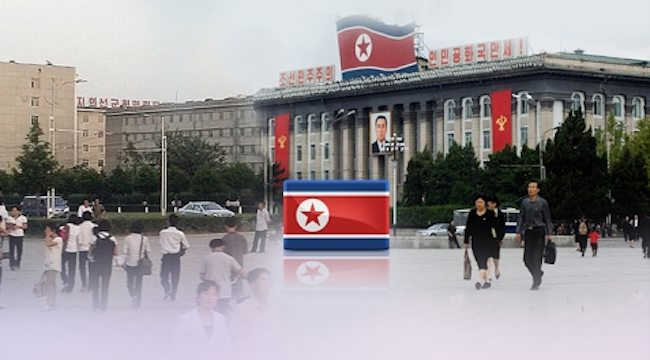 The United Nations Security Council is set to vote on a new resolution on Monday in New York, which puts caps on exports of crude oil and petroleum products to North Korea in response to the country’s defiant nuclear test earlier in the month, news reports said. (Image: Yonhap)

SEOUL, Sept. 11 (Korea Bizwire) — The United Nations Security Council is set to vote on a new resolution on Monday in New York, which puts caps on exports of crude oil and petroleum products to North Korea in response to the country’s defiant nuclear test earlier in the month, news reports said.

A revised resolution to be put for a vote on Monday afternoon (New York time) does not include an oil embargo, but instead limits the yearly exports of refined petroleum products to 2 million barrels and the exports to crude oil not to exceed current levels, according to news reports by foreign media including Reuters.

Together, the caps are likely to slash about 30 percent of North Korea’s total oil imports.

The draft also imposes a ban on the exports of condensates and natural gas liquids to the country as well as on the member countries’ imports of North Korean textiles, according to the reports.

Coupled with the resolution’s restrictions on the overseas employment of North Korean workers, the textile ban is expected to strip North Korea of an annual foreign income of US$1 billion.

But it reportedly dropped the travel ban and asset freeze for North Korean leader Kim Jong-un, which was initially proposed in the first draft authored by the Untie States.

South Korean officials previously said the U.S. and China were in last-minute negotiations over how tightly the UNSC resolution will restrict oil exports to North Korea.

The original draft which went into circulation last week calls for an embargo on oil exports to North Korea. China and Russia, the two leading oil suppliers to the North and veto-wielding countries, however, have been in opposition, prompting Washington and Beijing to negotiate “a compromise” draft, according to the source.

“Since the U.S.’ stance is so firm, elements related with crude oil are expected to make their way into the UNSC sanctions resolution somehow,” the source said. “They will be something practically effective (rather than symbolic).”

“As the U.S. is focused on the crude oil aspect … (a resolution with) restrictions on crude oil supply is expected to be adopted,” the source also said, referring to the upcoming UNSC vote.

The officials here also predicted the vote would take place on Monday in New York, as previously declared by the U.S., and there will be little possibility of China or Russia invoking their veto power.

The North is presumed to import around 1 million tons of crude oil from China and as much as 300,000-400,000 tons from Russia annually. This accounts for most of North Korea’s energy imports.

On Sept. 3, North Korea conducted the test of what it claimed was a hydrogen bomb for an intercontinental ballistic missile, the country’s sixth and most powerful nuclear test.

Earlier in the day, North Korea warned the U.S. of “greatest pain” if it pushed ahead with a tougher UNSC resolution.

“The DPRK (the Democratic People’s Republic of Korea) is ready and willing to use any form of ultimate means,” the Korean Central News Agency quoted the North Korean foreign ministry as saying. It said the U.S. would pay a “due price” for a harsher sanctions resolution.