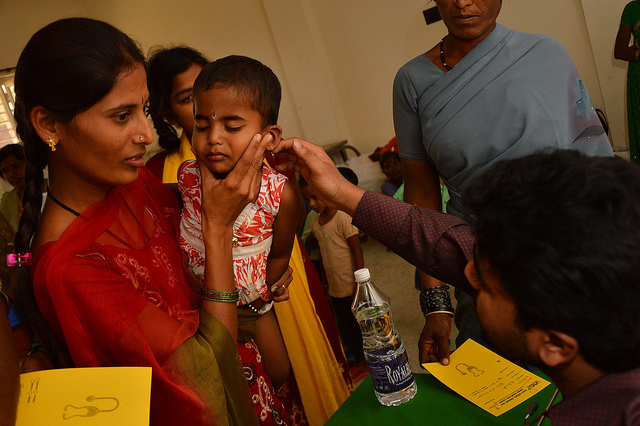 As the countries of major construction markets increase their regulation on CSR, Korean companies in the region are preparing measures to cope with the trend. (image: Trinity Care Foundation/flickr)

Following India, Southeast Asian countries including Vietnam are reinforcing the CSR activities centering on foreign companies. As the countries of major construction markets increase their regulation on CSR, Korean companies in the region are preparing measures to cope with the trend.

According to the Construction and Economy Research Institute of Korea, for the last three years 12 Korean construction companies including Hyundai, Samsung, Daewoo, POSCO, SK, Lotte, and GEC have implemented 72 cases of CSR activities in some 30 countries.

They are also increasing spending for CSR amidst a serious downturn in the market. The Korean construction industry has spent 77.28 billion won last year, some 5 billion won increase from the previous year’s 72.25 billion won.

For those efforts, some companies are recognized with their CSR activities by winning awards. In case of POSCO Engineering and Construction, it was selected as an excellent company at last year’s CSR award in Vietnam.

However, the CSR activities of domestic construction contractors remain simply as charities in the countries in which they operate and these are centered only by major ones. Except some 10 cases of housing improvement, renovation of schools and construction of community centers, their activities are focused on just giving-out projects unrelated to their business like medical service, clean-up activities, cultural heritage preservation, cash donation and other sponsoring activities.

A research fellow at the institute said, “To build up corporate reputation in the overseas construction market and raise profitability at the same time, companies need to pour efforts to develop CSR activities with shared value and raise their competitiveness through various products and technologies.”

One thought on “No CSR, NO Orders for Overseas Construction Projects”