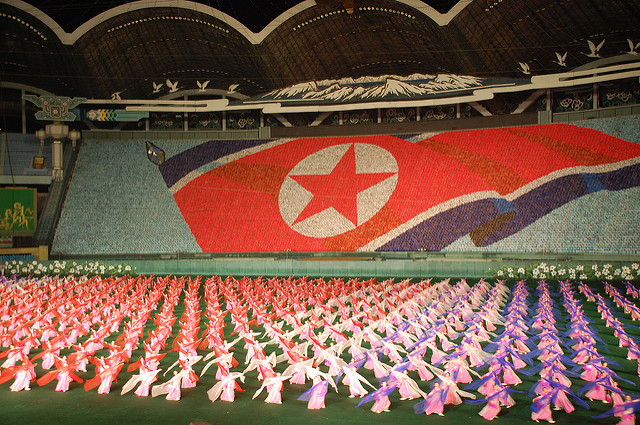 The delegation, led by Choe Thae-bok, a vice chairman of the ruling party’s central committee, arrived in Vientiane on Monday after visiting Vietnam for talks with the communist party’s officials. (image: Flickr/ (stephan))

The delegation, led by Choe Thae-bok, a vice chairman of the ruling party’s central committee, arrived in Vientiane on Monday after visiting Vietnam for talks with the communist party’s officials, according to the Korean Central News Agency (KCNA).

Choe held talks with Nguyen Phu Trong, general secretary of the Communist Party of Vietnam’s (CPV) central committee, during which the two men stressed the need to maintain their traditional friendly and cooperative relations, it said.

The KCNA reported that the visiting official said his country will contribute to defending global peace and security as a “responsible nuclear weapons state” in talks with Tran Quoc Vuong, secretary of the CPV’s central committee.

The latest trip is seen as part of North Korea’s diplomatic overture to break up tougher international sanctions imposed on it as punishment for its January nuclear test and long-range rocket launch in the following month.

Ri Su-yong, a vice chairman of the ruling Workers’ Party, made a rare visit to China last week in an apparent bid to improve strained ties with Beijing following Pyongyang’s nuclear tests.

South Korea, on the other hand, is engaged in its own diplomatic blitz to rally international support to pressure Pyongyang to give up its nuclear weapons program.

In her recent visit to African countries, President Park Geun-hye has won support from Uganda to put pressure on North Korea so the reclusive country will give up its nuclear weapons program.

Ugandan President Yoweri Museveni, who had longstanding relations with North Korea, has said his country will cut off security and military cooperation with the North.

In a related development, South Korean Foreign Minister Yun Byung-se on Sunday held talks with his Cuban counterpart Bruno Rodriguez, breaking a decades-long absence of formal diplomatic exchanges that could help Seoul form ties with Havana. The visit to Cuba by the top diplomat is noteworthy because Cuba has close ties with North Korea.