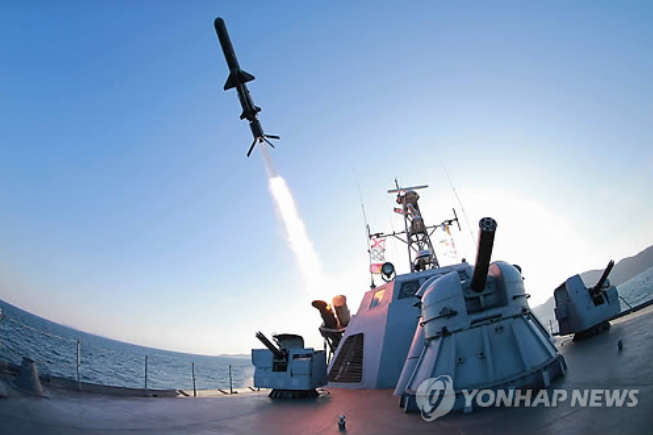 North Korean leader Kim Jong-un “watched a test-firing of new type of an anti-ship rocket” to be equipped at naval units “before long,” the Korean Central News Agency (KCNA) said in a report in English.

“The ultra-precision anti-ship rocket blasted off from a rocket boat. The intelligent rocket precisely sought, tracked and hit the ‘enemy’ ship after taking a safe flight,” the KCNA said.

It was not clear where the test-firing took place, but the report, monitored in Seoul, said that it was ordered by the East Sea fleet head, indicating that it was likely launched off the east coast of the country.

It didn’t specify when it happened and other details such as the rocket’s range.

The Rodong Sinmun, North Korea’s main newspaper, later disclosed a photo showing a rocket being launched from a warship.

A South Korean official said the anti-ship rocket fired from a warship is believed to be a KN-type missile that was developed by North Korea. The official said South Korea has reached the conclusion through an in-depth analysis of the photo.

The North expected that the new anti-ship rocket will “bring a great change in the navy’s defense of territorial waters and strongly react to any attempt of the enemy’s fleets of warships for military attack.”

Kim was quoted as expressing satisfaction with the development and successful launch of the anti-ship rocket. He also called for production of “more tactical guided weapons of high precision and intelligence” based on the knowledge gained from the test-firing. 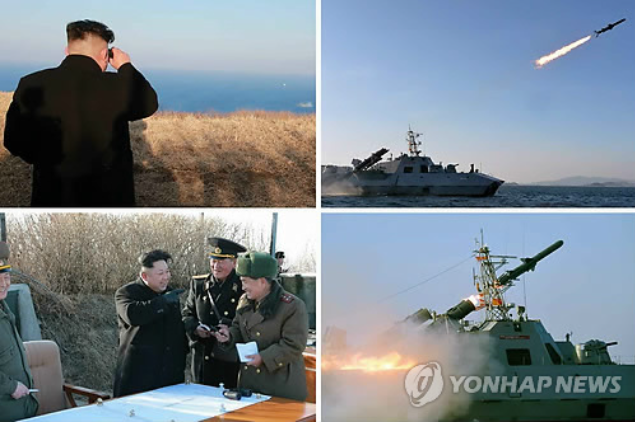