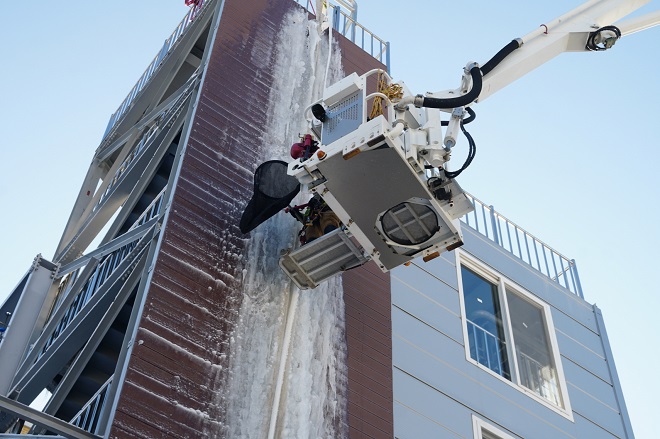 This photo provided by Sejong Fire Department shows its rescuers removing large icicles on a building.

SEOUL, Jan. 13 (Korea Bizwire) — The National Fire Agency said Tuesday it was issuing an alert on falling ice amid growing concerns that the icicles hanging on the outside walls of buildings could drop as the cold wave loses its intensity.

According to the agency, the annual number of dispatches for icicle removals between the months of December and February averaged 4,852 cases during the period from 2017 to 2020, for an average of 539 dispatches every month over this period.

By month, the number of icicle removal dispatches was the highest in January (679 cases), followed by February with 674 cases and December with 264 cases.

With the unseasonably cold temperatures this year, the number of icicle removal cases during the period from December 1 to January 10 reached 1,093, about 14 times higher than the 77 cases reported a year ago.

Since icicles have sharp ends, they could cause a loss of life or injury and property damage when they drop to the ground.