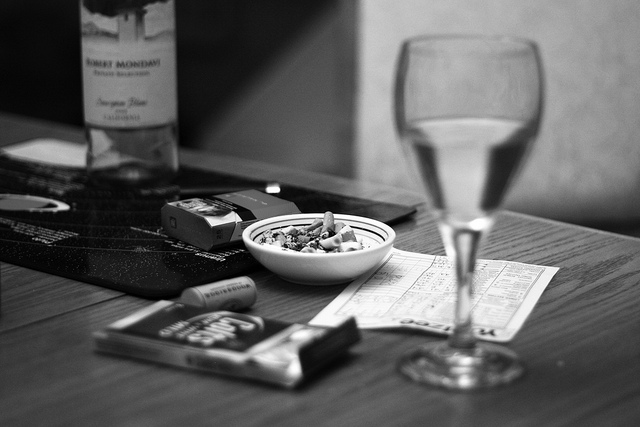 In addition to graphic warning pictures, the ministry has come up with an agenda to complete the raising of tobacco price by the first half of 2015. (image: SBC9/ Flickr)

SEOUL, June 20 (Korea Bizwire) – It seems that the Korea Ministry of Health and Welfare have picked out tobacco and alcohol as the culprits of Koreans’ addiction problems as it looks to impose various measures including higher pricing policies on these substances, which would fuel the heated disputes regarding the adequate price levels for these items.

The ministry has carefully looked into imposing both pricing and non-pricing policy measures for cigarettes and alcoholic beverages, since raising their prices has substantial influence on people’s spending budget and usually entails strong resistance.

For liquors, the government has mainly imposed non-pricing policies but the recent comments on instituting a Public Welfare Promotion Fund by the head of the ministry, Moon Hyung-pyo, suggested that there would be a change of direction in the ministry’s countermeasures.

As for cigarettes, putting up stronger warning graphics on cigarette packs has been discussed. The suggestion will be written up as a bill and added to the “Complete Amendments of Public Welfare Promotion Act,” which will be pre-announced in next month.

In addition to graphic warning pictures, the ministry has come up with an agenda to complete the raising of tobacco price by the first half of 2015. The current price for a pack of cigarettes in Korea is 2,500 won, which have been fixed ever since a 500-won-increase was enforced in 2004. The ministry views freezing of the price for the past ten years is in fact equivalent to lowering the price and thus, believes at least over a 1,000-won-increase should be contemplated.

An official at the ministry said, “The 500-won-increase will not have a significant impact on bringing down the smoking rates. The suitable and effective way to raise the price would be to impose a significant amount of raise at first, and then to continue the raise in accordance with the inflation rate over the years.”

Regardless of the political parties, legislators from both the ruling party and opposition party have proposed tobacco price raise: the current two bills that have been brought to the table propose that the price for a pack of cigarettes be raised to 3,000 won and 4,500 won each.