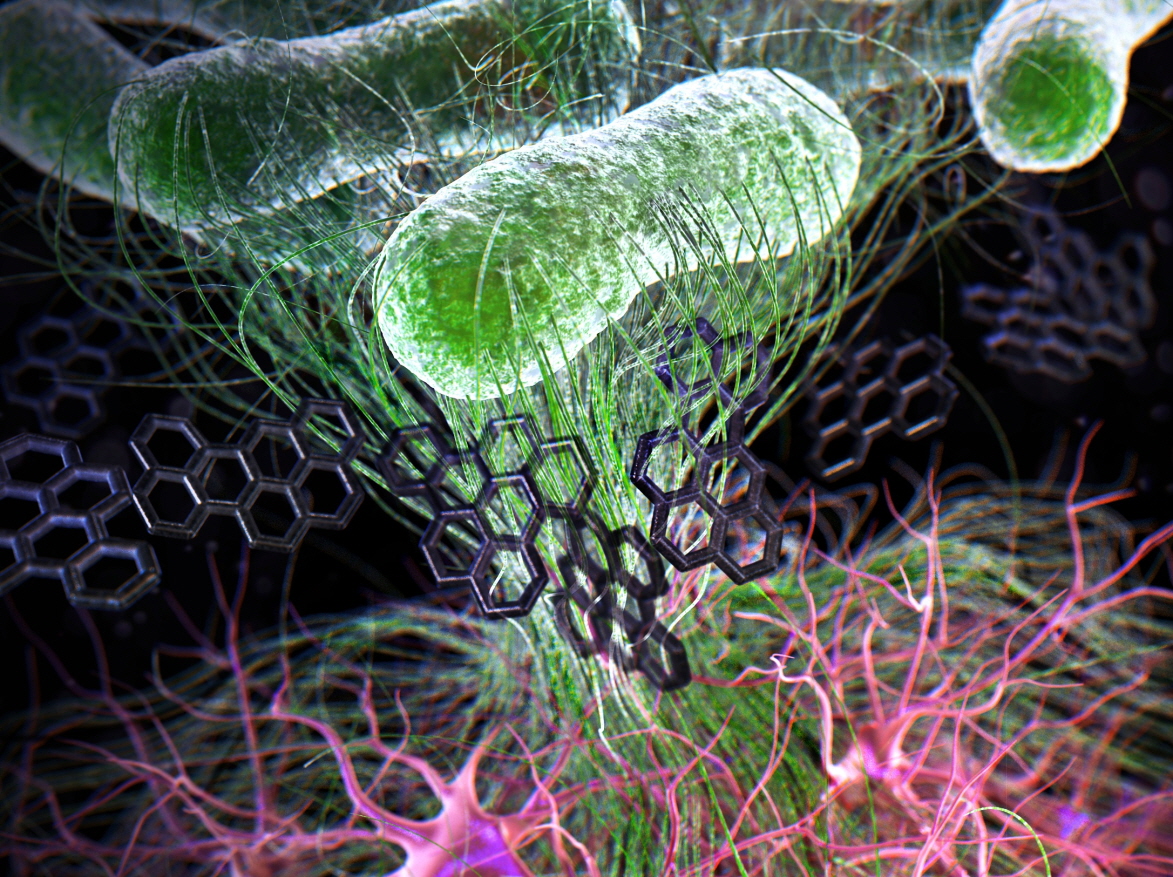 The team led by Yoon Myung-han at the Gwangju Institute of Science and Technology (GIST) in collaboration with a research team from Seoul National University said they used graphene oxide (GO) nanoflakes to create bacterial cellulose (BC).

“The controlled dispersion of graphene oxide (GO) nanoflakes into bacterial cellulose (BC) culture media not only induces structural changes within a crystalline cellulose nanofibril, but also modulates their 3D collective association, leading to substantial reduction in young’s modulus and a clear definition of water-hydrogel interfaces,” the researchers said in a paper.

“This research is very meaningful as we successfully induced creating new material by using nanographene material through bacteria not through the conventional method of manipulating genes,” said Yoon.

The researchers said they envisioned the findings may contribute to various applications in neurobiology studies and neural engineering.

This research was supported by the Ministry of Science, ICT and Future Planning. The findings were published in the journal “Small”.