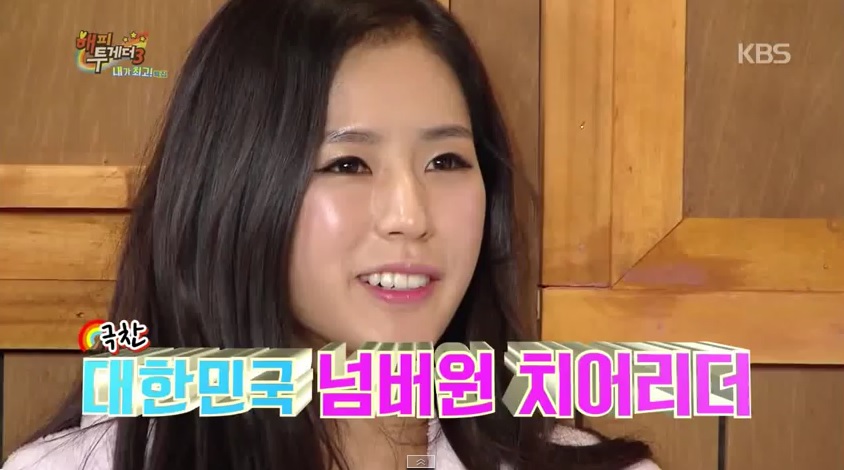 Park Ki-ryang, a 23-year-old professional cheerleader, was selected as the best cheerleader of the year for two consecutive years. (image: Youtube capture)

SEOUL, Dec. 22 (Korea Bizwire) — In professional athletic events such as baseball, basketball and soccer games, there are always cheerleaders appearing between innings, breaks between quarters or during the half-time break. Spectators usually assume they are low-paid college coed part-timers. But some of them are as high-priced as the athletes themselves.

Park Ki-ryang, a 23-year-old professional cheerleader who was selected as the best cheerleader of the year for two consecutive years, is well known among professional sports fans for her flashy dance moves and boasts the status of the highest-paid cheerleader in Korea.

She works for the Lotte Giants during summer months and for the Ulsan Mobis Phoebus during the winter basketball season. She often appears on TV show programs and brags her dance skills as good as top girl groups. On December 18, Park was seen on “Happy Together,” a variety show program on KBS2-TV, perfectly imitating the dance moves of girl group EXID. Park was envied by others on the show by saying she is 176 centimeters (5 feet 9 inches) while weighing only 48 kilograms (106 pounds).

She began her cheerleading career in 2007 by working for the Ulsan Mobis Phoebus and is now working for several other clubs such as the Guri KDB Life Winnus (women’s basketball) and Daejeon Samsung Fire Bluefangs (men’s volleyball). Even though the annual pay of cheerleaders differs individually, anyone with experience of five to six years tends to earn about 25-30 million won.