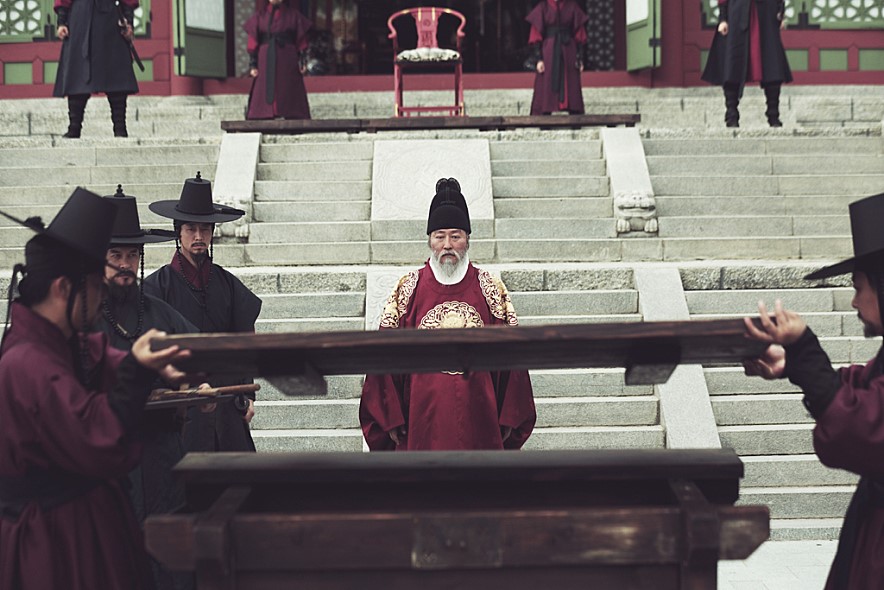 SEOUL, Sept. 21 (Korea Bizwire) — The Korean period drama about a Joseon Dynasty (1392-1910) king who starved his own son to death was the top performer at the local box office over the weekend, data showed Monday.

“The Throne” drew 1.32 million viewers during the Sept. 18-20 weekend, bringing the film’s total attendance to 1.8 million, according to box-office data from the Korean Film Council.

Starring Song Kang-ho and Yoo Ah-in, the film retells the tragic tale of King Yeongjo who confined his only son, crown prince Sado, to a rice chest and starved him to death.

It is an American dystopian sci-fi action thriller based on James Dashner’s novel “The Scorch Trials,” the second in “The Maze Runner” trilogy.

Walt Disney’s “Ant-Man” came in third with admissions of 171,448. The action flick features the superhero character Ant-Man from Marvel Comics, who can change his body size at will thanks to a “shrinking suit.”

Korean film “Veteran” fell two steps to fourth place with 152,374 viewers. It, however, became the seventh most-viewed film of all time in South Korea with more than 12.7 million accumulated viewers as of Sunday.