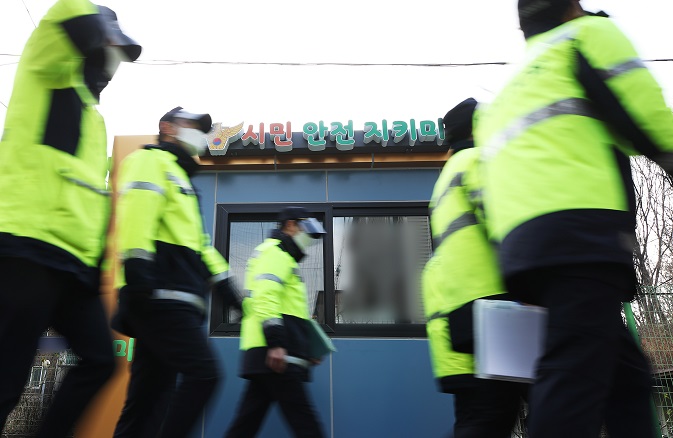 SEOUL, May 1 (Korea Bizwire) — The National Police Agency (NPA) said Saturday it has expanded the use of a crime risk assessment system based on big data and artificial intelligence (AI) technologies.

The system, which is designed to help police officers detect crime-prone areas and time frames in advance, was adopted by police stations across the country on the day following a trial run in Ulsan, northern Gyeonggi Province and South Chungcheong Province in March, the NPA said.

The system is built to predict the number of crimes and lawless activities by area (every 10,000 square meters) and time frame (every two hours), and rate the level of crime risk on a 10-grade scale.

The assessments derive from data on the numbers of emergency calls to police, police officers, entertainment facilities and traffic accidents, as well as population and the unemployment rate.

Information on high-risk areas is shared with GPS devices inside police patrol cars.

During the trial run, the system was able to predict crimes in advance 83.1 percent of the time, according to the NPA.

“We also found that by increasing patrols in high-risk areas, the number of crimes and emergency calls to police dropped,” a police official said, adding they will continue to look into possible correlations over the long term.