“Pope Francis appreciated KBS for its endeavors during the visit to Korea since the broadcasting company cooperating with other broadcasters and the press corps put forth their utmost efforts to let citizens around the world know his stay from August 14 to 18.”

“He promised to pray for Korea every day. May the God bless KBS employees and Korean people.” 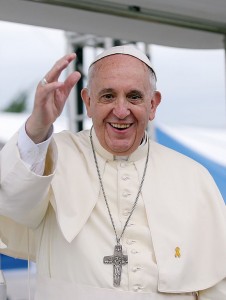 SEOUL, Sep. 19 (Korea Bizwire) – According to the Korean Broadcasting System, or KBS, Cardinal Secretary of State sent a letter to KBS on behalf of Pope Francis through the Apostolic Nunciature in Korea.

In the letter, he thanked KBS for their efforts during the Pontiff’s five-day visit to Korea. He wrote that, thanks to KBS’s endeavors, Francis’ stay for five days could be a momentous event to not only Korean Catholics but also to all Korean people.

It is an exceptional case that the Cardinal Secretary of State himself, not a Vatican’s spokesperson, sent an official thank-you letter to a specific country where the Pope has visited.