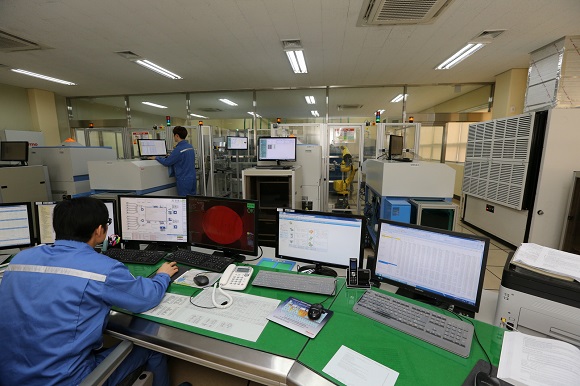 Pohang Works’ chemistry testing labs took part in the reliability evaluation conducted by CTS for two months between August and October this year with other 137 test labs.(image:POSCO)

SEOUL, Oct. 30 (Korea Bizwire) – The Pohang steel works of POSCO has been recognized for its test capabilities in the area of carbon steel chemistry by an international certification agency. According to the steel maker on October 29, the chemistry testing labs within the quality control division of Pohang Works were certified as one of the best testing labs in the world by Collaborative Testing Services Inc. of the United States for carbon steel chemical composition testing.

CTS provides evaluations to 2,000 testing labs in 80 countries across the world every year. The evaluation index of CTS is highly influential in that it is used by many global testing labs as the benchmark, including the Korea Laboratory Accreditation Scheme.

Pohang Works’ chemistry testing labs took part in the reliability evaluation conducted by CTS for two months between August and October this year with other 137 test labs. As a result, the labs earned an average Z-Score of 0.2, the degree of how far its data point is from the mean.

The Z-Score approaching zero is considered excellent in testing capabilities. Pohang Works’ testing labs won the average score of 0.2 in ten different compositions including copper, which is a significant improvement from the previous year’s score of 0.34.The labs test an average of 75,000 samples a month and aspireto be one of the world’s premier testing labs by improving the analysis reliability further.