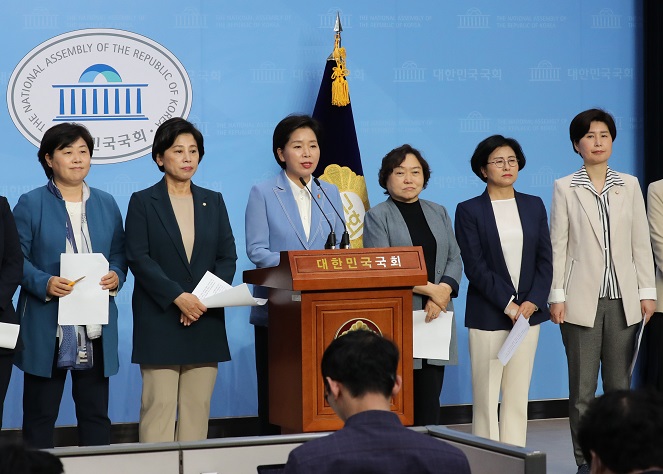 In this file photo, female lawmakers of the ruling Democratic Party hold a press conference at the National Assembly in Seoul on May 12, 2020. (Yonhap)

SEOUL, Sept. 5 (Korea Bizwire) — The proportion of female lawmakers in South Korea’s parliament, as well as that of female ministers in the Cabinet, has reached an all-time high, data showed Saturday.

According to the gender equality ministry and Statistics Korea, 57 women were elected in the April 15 general elections, accounting for 19 percent of the total 300 members in the National Assembly.

The number of female heads of government ministries has increased to six, or 33.3 percent, of the total 18 this year from two in 2010.

The ratio of female lawmakers and ministers in the nation has been on a steady rise in recent years, apparently reflecting a trend of growing female participation and clout in local labor markets.

Related statistics showed that 51.6 percent of women in South Korea were employed last year, up 0.7 percentage point from a year earlier.