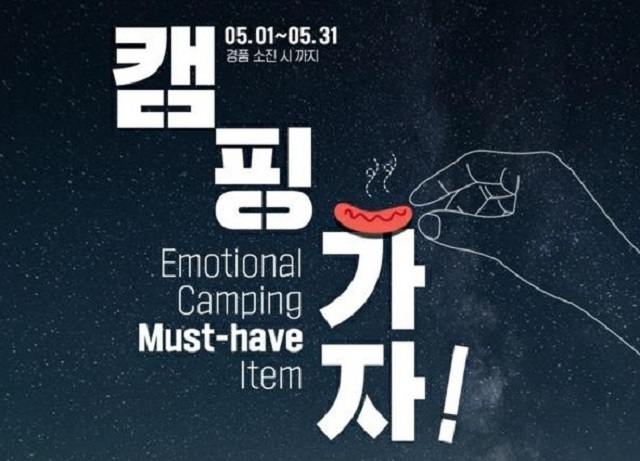 This image, captured from GS25′s mobile app, shows the company’s promotional poster. Netizens accused the company of releasing a poster with a hand shape that alludes to misandry.

Early this month, convenience store chain GS25 created a poster to promote a special give-away for all customers buying food for camping.

Online forums accused the company of releasing a poster with a hand shape that alludes to misandry, as well as a star-and-moon design similar to the official logo of a feminism studies organization from a local university.

Netizens also noted that the poster’s English inscription, which reads ‘Emotional Camping Must-have Item’ alludes to the term ‘megal’, or a shortened reference to Megalia, a radical feminist online community in South Korea.

As the controversy continued to spread, GS25 deleted the controversial parts of the ad, and company head Cho Yoon-sung apologized to franchise owners.

Genesis BBQ, a major fried chicken chain, also apologized last week via its website and social media over controversy that one of its advertisements for a side dish incited hatred toward men.

The image, which portrayed a hand picking up a sausage, resembled a hand gesture often used by Megalia members.

“It’s only a hand holding a piece of chicken, with absolutely no malicious intent,” Kyochon F&B said. “We’ve deleted those photos to prevent any further unnecessary accusations.”

“As gender is becoming a source of a major dispute, we are currently reviewing all of our advertisements, designs, and menus to filter all possible sources of controversy,” an industry source said.