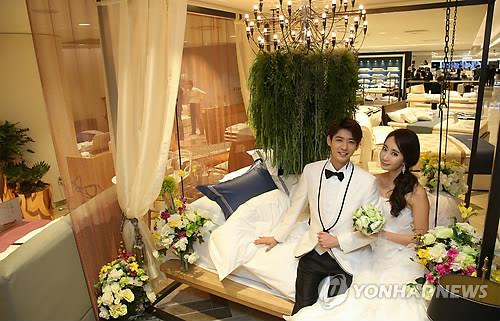 SEOUL, March 19 (Korea Bizwire) – South Korean retailers and furniture makers are turning to the homeware business, a nascent industry awakened by the local opening of Swedish furniture giant IKEA that promises big growth ahead as South Koreans begin to renovate and decorate their aging homes.

Over the past year, a handful of homeware stores stocked with colorful arrays of tableware, textiles and lighting have popped up across Seoul as alternatives for consumers who find IKEA’s massive showroom in the Seoul suburb of Gwangmyeong out of reach.

Lotte and Shinsegae, the country’s two biggest retail conglomerates, are among those that seized the opportunity. Last month, Lotte’s flagship Lotte Department Store launched a 6,300 square-meter venue hosting some 150 retail names at its branch in the posh residential neighborhood of Jamsil, southern Seoul.

“The domestic homeware market grew more than 30 percent to 20.1 trillion won (US$17.8 billion) in 2013 from 2010, and is rapidly surging on the back of overseas brands, such as IKEA,” company official Ha Young-soo said.

Its smaller rival Shinsegae, meanwhile, has been bolstering its homeware brand, JAJU. In November, the group announced plans to open 10 stores this year and take the business overseas over the next three years.

Market watchers project the home furnishing market to become a promising business segment as a growing number of Koreans begin to relish home decoration and renovation.

By 2017, the market is expected to more than double to 25 trillion won, Lee projected.

Foreign homeware brands have also landed locally. H&M Home and Zara Home, both from Europe, as well as “niko and” from Japan, opened their first stores in the country in the second half of last year, with Japan’s Ryohin Keikaku, which operates MUJI, planning to open 30 stores in the country by 2017, according to a March 12 report by Macquarie.

Furniture makers, feared to bear the brunt of IKEA’s entrance, have also been nimble in launching their own homeware brands.

Hanssem recently opened its first “Hanssem Home” store, with plans to double its annual homeware sales to 200 billion won with the launch of the brand that merchandises kitchenware, fabric and small furnishings.

“Previously, home accessories were minor items for companies. But with a rise in income level and growing interest in home furnishing, Hanssem is aggressively tapping into the homeware market to counter IKEA,” said Korea Investment & Securities analyst Lee Kyung-ja.

One thought on “Retailers, Furniture Makers Tap Homeware to Compete with IKEA”