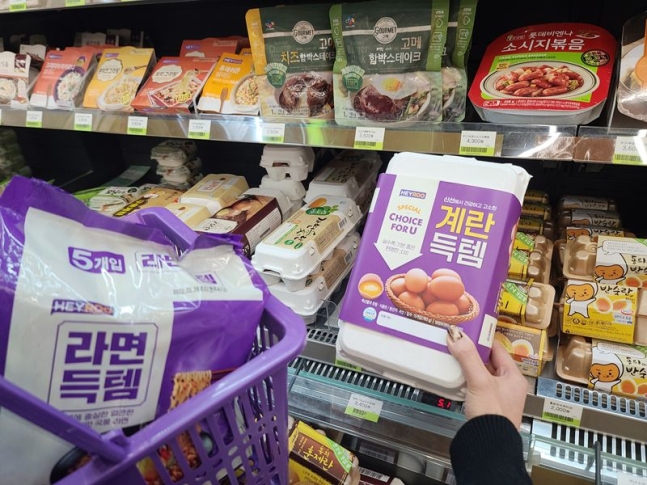 PB products, in general, minimize logistics and advertising costs, and are thereby usually cheaper than other products made by big-name companies.

Lotte Mart also saw sales of its PB ramen jump by more than 100 percent last year, with sales of PB milk, mineral water and canned foods rising by up to 300 percent.

For Market Kurly, last year’s best-selling item was PB milk that the company released in collaboration with Yonsei University Dairy. The online grocery delivery platform has sold more than 1.8 million packs of the milk since it was released in January last year.

The PB milk that online shopping store GS Fresh Mall released in June became a top seller in the milk category last year, primarily because it was available at a price 20 to 30 percent cheaper than existing milk products.