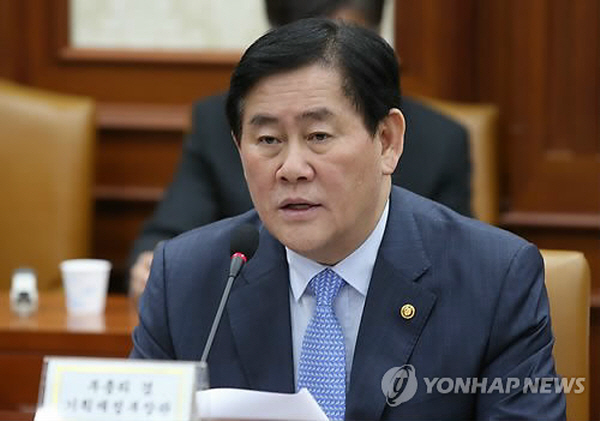 Finance Minister Choi Kyung-hwan said that he will take additional stimulus measures in the second half of 2015 if the need arises to prop up the slowing economy. (image: Yonhap)

WASHINGTON, Apr. 17 (Korea Bizwire) — South Korea will take additional stimulus measures in the second half of 2015 if the need arises to prop up the slowing economy, the nation’s economic czar has said.

Finance Minister Choi Kyung-hwan, who is in Washington to attend a G20 ministerial meeting, made the remarks in an interview with CNBC on Thursday amid growing concern that Asia’s fourth-largest economy may lose further ground this year due to falling exports and still anemic domestic demand.

“We are keeping close tabs on overall economic developments following last year’s measures that seem to be having some positive effect,” Choi said. “Additional pump-priming measures will be taken if necessary.”

Last year, the government introduced a host of measures to energize the real estate and other asset markets, while the central bank lowered its key interest rate twice in 2014 and once again this year in a bid to revive the economy, which grew 3.3 percent last year. The country’s benchmark interest rate stands at a record low of 1.75 percent.

The finance ministry also announced it will front-load about 58 percent of this year’s budget in the January-June period to put more money into the market.

The ministry predicts that the Korean economy can grow 3.8 percent this year, although the Bank of Korea (BOK) cut its growth forecast to 3.1 percent last week. The International Monetary Fund estimated earlier in the week that South Korea’s growth rate may dip to 3.3 percent.

Asked about another rate cut to bolster the economy, Choi, who doubles as deputy prime minister, stressed that any such move can only be taken by the BOK after assessing market conditions.

Touching on China, Choi said any slowdown in the world’s No. 2 economy will naturally have a negative impact on South Korea as a quarter of its exports go to the neighboring country.

“In the past, South Korea exported mostly intermediate goods to China, but it may be necessary to shift strategy and focus more on shipping consumer goods that can be sold directly to the Chinese people,” he said.

Concerning the creation of the China-led Asian Infrastructure Investment Bank that Seoul joined as a founding member last month, Choi said the new institution can help provide support for various development projects in Asia that have not been carried out by the World Bank and the Asian Development Bank.

Countries that have signed up to join the AIIB should work together to ensure that the multinational development bank adheres to international standards on governance and other issues, he said. 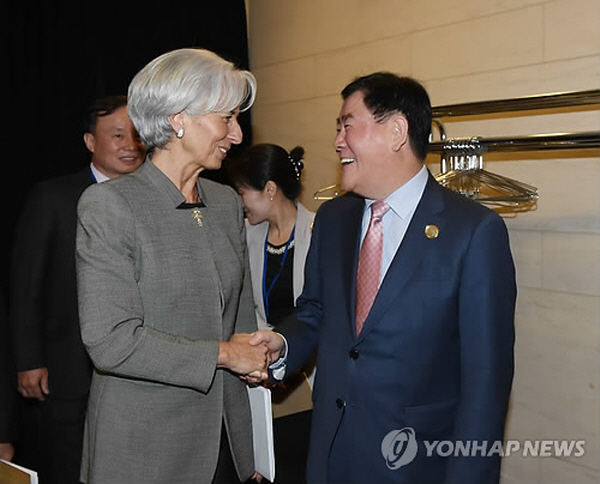 Separately, Choi met with IMF chief Christine Lagarde and called for reforms in the organization’s quota and ownership structure that have been upheld since 2010, when an agreement was reached at the G20 summit in Seoul.

That agreement calls for greater say in the IMF by large emerging economies such as China, India and Brazil, with leading industrialize economies pledging to hand over 6 percent of the stakes to emerging countries.

Choi emphasized the need for international dialogue to manage a sudden movement of capital across borders and ways to ensures fiscal prudence.

“The IMF needs to take the leading role in key economic issues,” the finance minister said.

In response, Legarde said more must be done to stabilize the global financial market and for countries to work together towards this goal. 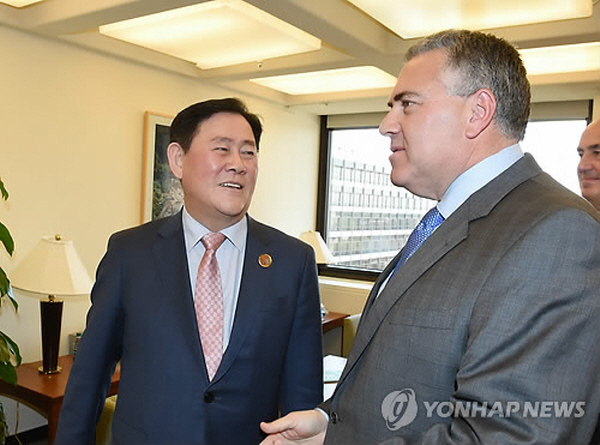 Choi also held talks with Australia’s Finance Minister Joe Hockey and signed a memorandum of understanding that obliges Seoul to provide US$2 million over the next four years for the creation of a Global Infrastructure Hub.

South Korea and Australia agreed last year to set up the hub to support infrastructure building projects and set up a knowledge sharing network that can help other Asia-Pacific countries.