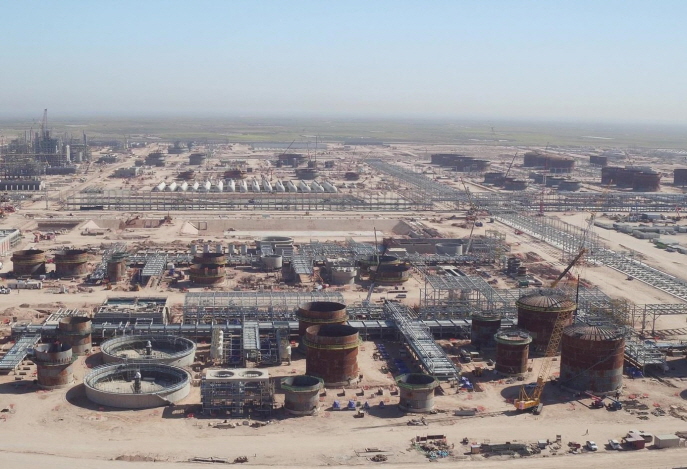 SEOUL, Jun. 26 (Korea Bizwire) — South Korean construction companies are striving to meet their annual overseas order targets amid concerns over a slowdown in the global economy, industry insiders said Wednesday, as they hope to feed off massive plant orders from the Middle East, their traditional cash cow, with oil prices staying high.

Also, strong orders from Europe and Asia remain in place, and may serve as a big boost for Korean builders’ overseas push going forward, they said.

Overseas orders won by South Korean companies peaked in 2010 with $71 billion, but in the face of a slump in oil prices and increased competition, Korean builders have been under strain in the past few years.

For the year, South Korean builders are targeting a combined US$35 billion worth of overseas orders, larger than last year’s $32.1 billion, according to the International Contractors Association of Korea (ICAK).

“Some of the overseas orders that were recently secured by local companies have yet to be counted in our database,” a spokesman from the ICAK said.

“In the first half, some major construction projects in the Middle East were not placed in time, but we believe these orders will come out starting in July.”

ICAK believes that South Korean builders can bag $10 billion worth of orders from the Middle East this year as multinational energy companies are expected to place plant orders after going through oil price hikes earlier this year.

Orders for plant facilities are tallied at $3.5 billion, or 35 percent of the total orders received in total so far, ICAK data showed.

Among them, orders for power generating facilities accounted for nearly half at $1.6 billion, followed by chemical plants at $926 million. 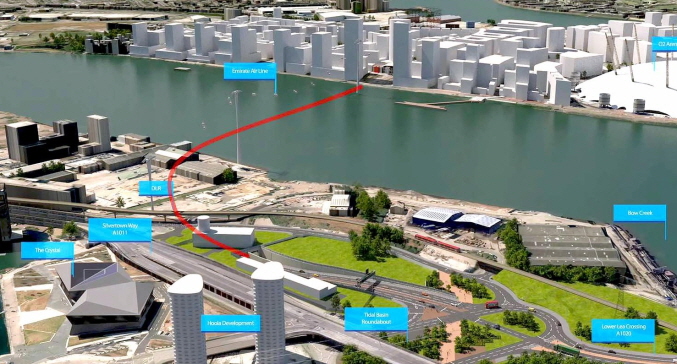 This computer-generated image shows the overview of the Silvertown Tunnel project in London. (image: SK E&C)

South Korean builders said they are especially keeping their eyes on Iraq, a war-torn country that is eager to rebuild and expand its outdated infrastructure.

Some have already seen the fruit, with Hyundai Engineering & Construction Co. bagging a 2.9 trillion-won (US$2.4 billion) order in May for a seawater supply facility.

“In addition to our traditional fields like Kuwait, Saudi Arabia and the United Arab Emirates, we are eager to hear good news from Iraq,” an official from Seoul’s land ministry said.

“When it comes to price competitiveness, Chinese builders are still strong, but our companies are better in projects that require high technologies, so the outlook for this year isn’t that bad.”

Rising orders from Europe is also a hopeful sign for local builders. South Korean companies have so far secured $1.7 billion orders from Europe, which is more than quintuple the $300 million in the same period last year.

What’s more promising is that more local builders are awarded with Front End Engineering Design (FEED) deals that assess project expenses and technical requirements for construction work. Such deals usually raise the chance of being named the final winner for massive projects.

Industry watchers said the Asian market will continue to give a helping hand to South Korean builders.