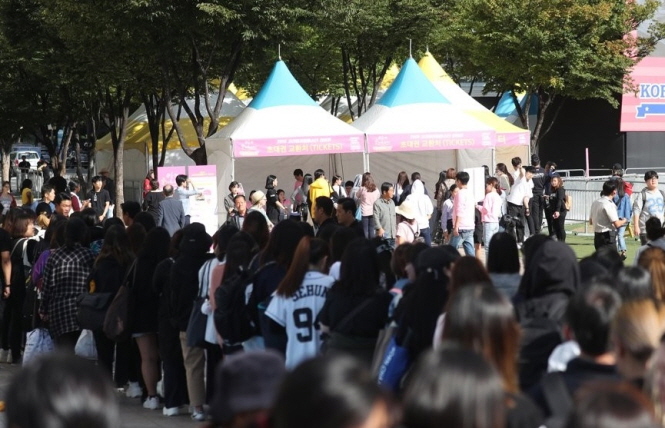 Celebrities in South Korea have begun to talk about the pain caused by stalkers, asking them to stop such activities. (Yonhap)

SEOUL, Dec. 18 (Korea Bizwire) — For many celebrities, going off camera is the only chance for rest.

Even that, however, is becoming increasingly difficult when they are followed by overly enthusiastic fans who are constantly probing into every aspect of their private lives.

Celebrities in South Korea have begun to talk about the pain caused by stalkers, asking them to stop such activities.

V, a member of the globally celebrated K-pop boy band BTS, appeared on V Live, Naver Corporation’s live streaming platform, and said that stalkers are the reason why the group was forced to travel by private jet.

“On commercial planes, some of them sit in front or next to us, knowing that we will be there,” he said. “I want them to stop. It’s scary.”

On December 10, another K-pop boy band GOT7 member Youngjae wrote on a private social media account that he couldn’t sleep because of incessant phone calls from stalkers.

Management agencies have taken up the initiative to protect the entertainers they represent.

Some have banned fans from following or waiting for celebrities at studios and residences. Those who ignore this rule are typically banned from all autograph events, public broadcasts, and other social events.

Entertainment experts argue, however, that it is impossible to get rid of all stalkers. Many say that stalkers can follow around celebrities because they somehow have access to the private information of their favorite stars.

While there are rumors of this private information being exchanged through secret channels, tracking it down is almost impossible.

“Celebrities constantly change their phone numbers, but these stalkers somehow find a way to call them,” said a source familiar with the entertainment industry. “We really want to know how they pull it off.”

Legal action is also difficult since it may damage the celebrity’s reputation.

Recent disclosures by celebrities, however, are leading many fans to take voluntary action to protect them. Some fans are declaring on social media that they will not “consume” rumors or paparazzi photos distributed by stalkers.

They’ve also been found to ban or unfriend social media accounts suspected to be owned by stalkers, and exchange relevant information with other fans.