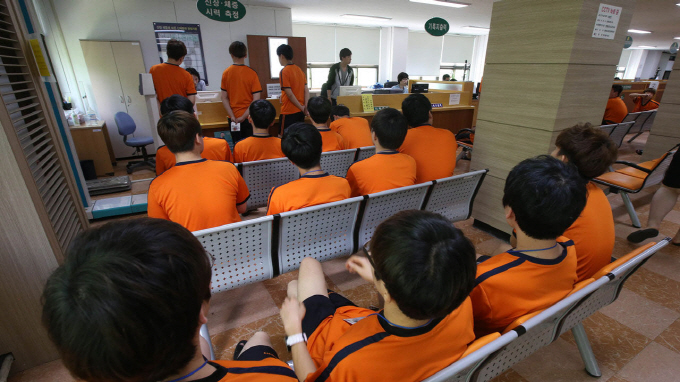 Since April 2012, there have been a total of 269 evasion attempt cases in South Korea, 27 percent of which were related to intentional weight gain or loss, 23 percent feigned mental illness, and 22 percent tattoos. (image: Yonhap)

DAEGU, Dec. 7 (Korea Bizwire) — A 25-year old South Korean who got a tattoo to avoid military service was sentenced to one year in prison with two years of probation, and was ordered to carry out 160 hours of community service work.

The accused has been getting tattoos since 2006 and continued to do so even after he was selected to serve in the military in 2012.

In 2017, he was ruled out of serving in the military because of the tattoos. He was then selected to serve instead as a public service worker.

“The action of the accused contradicts the balance with the majority of young South Koreans who duly serve in the military, which calls for serious punishment,” said Judge Lee Chang-yeol, who presided over the trial.

There are numerous precedents in which tattoos were exploited to avoid military service in South Korea, where body ink serves as a valid basis to be ruled out of military service and to serve as a public service worker instead, known to many as an easier form of alternative service.

Many who tried to get tattoos for evasion purposes have been accused of violating the Military Service Act, which is considered a grave crime and can be punished by imprisonment.

While it is normally difficult to track down the reasons why people get tattoos, there are interesting cases on how people come up with excuses for getting a tattoo.

According to the Military Manpower Administration, reports from ex-girlfriends or old friends serve as critical sources of information in most cases.

Since April 2012, there have been a total of 269 evasion attempt cases in South Korea, 27 percent of which were related to intentional weight gain or loss, 23 percent feigned mental illness, and 22 percent tattoos.