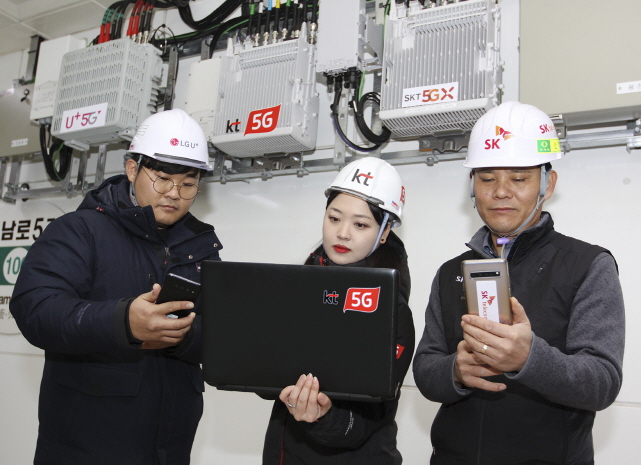 The carriers — SK Telecom Co., KT Corp. and LG Uplus Corp. — signed an agreement so that 5G users can have access to the high-speed network regardless of the carrier they are subscribed to in 131 remote locations across the country, according to the Ministry of Science and ICT.

Under the plan, a 5G user would be able to use other carrier networks in such regions that are not serviced by his or her carrier.

The ministry said telecom operators will test the network sharing system before the end of this year and aim for complete commercialization in phases by 2024.

The move comes as the country races to establish nationwide 5G coverage, with network equipment currently installed in major cities.

The three telecom operators promised in July last year to invest up to 25.7 trillion won (US$23.02 billion) to update their network infrastructure by 2022.

As of February, the country had 13.66 million 5G subscriptions, accounting for 19 percent of its total mobile users. South Korea was the world’s first country to commercialize 5G in April 2019.

One thought on “S. Korean Telcos to Share 5G Networks in Remote Areas”