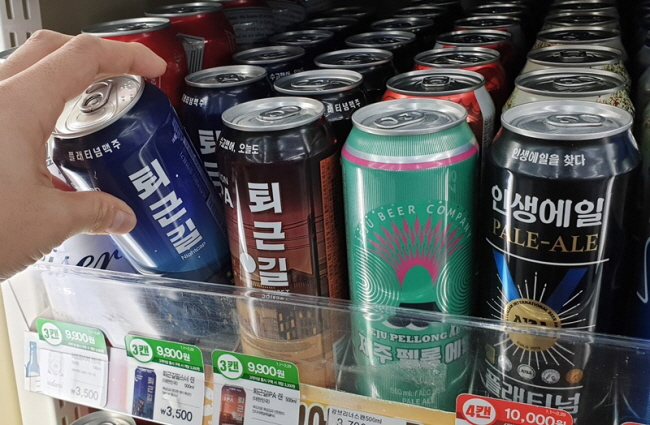 SEOUL, March 11 (Korea Bizwire) — The spread of the trend of drinking alone at home amid the prolonged COVID-19 pandemic has brought changes in drinking practices in South Korea, with more people opting to drink less but more frequently.

According to a report on the results of a survey of 2,000 adults, released jointly by the Ministry of Agriculture, Food and Rural Affairs and the Korea Agro-Fisheries & Food Trade Corp. on Wednesday, Koreans drank on an average of nine days per month last year.

In contrast, the amount of alcohol consumption per drinking session fell to 6.7 glasses last year from 6.9 a year ago.

Among the respondents, 41.4 percent chose to drink beer, followed by soju at 32.7 percent, traditional liquor at 15.1 percent and imported wine at 4.5 percent.

“Under this pandemic situation, a large number of the female respondents between 25 and 34 years of age chose to drink more or consume expensive alcohol at friends’ homes. In contrast, men between the ages of 35 and 44 mainly drink alone or drink lightly at home,” the report noted.