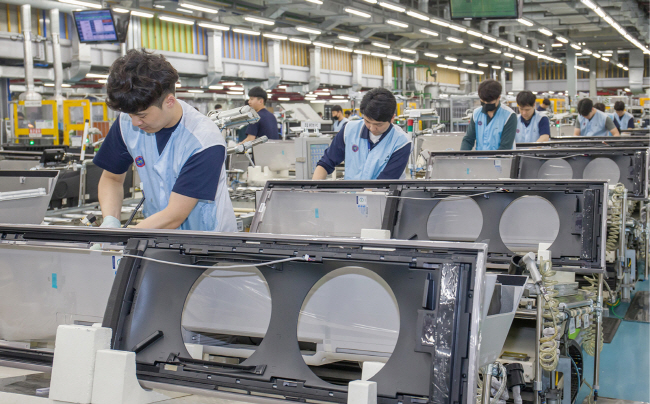 SEOUL, Sept. 9 (Korea Bizwire) — South Korea’s growth potential is expected to fall at a faster rate than earlier anticipated largely due to the aging of the population that will also lead to a cut in the number of eligible workers, a central bank report said Monday.

The country’s growth potential for the 2016-2020 period is estimated at between 2.7 percent and 2.8 percent, according to the report from the Bank of Korea (BOK).

The growth potential for the cited period was earlier estimated at between 2.8 percent and 2.9 percent.

“Our economy’s growth potential continues to show a downward movement and such a trend is expected to continue in the future,” the report said.

The central bank largely attributed the fall to an anticipated drop in the number of workers.

“The growth potential may continue to fall due to a cut in the working-age population, maturity of key industrial sectors and slowing investment due to increased uncertainties,” the report said.

Still, the country’s actual economic growth is again expected to fall short of its potential. The local economy is estimated to grow by an annual average of 2.4 percent for the cited period, the report said.

The BOK, however, has revised down its growth outlook for 2019 to 2.2 percent from the 2.5 percent projected April.

“The recent economic slowdown is believed to be the outcome of a steady decline in the growth potential, as well as other economic factors, such as the U.S.-China trade dispute and a continued drop in outbound shipments of semiconductors,” it said.

South Korea’s exports have dipped for nine consecutive months since December, tumbling 9.9 percent on-year in the first six months of the year, the BOK said earlier.