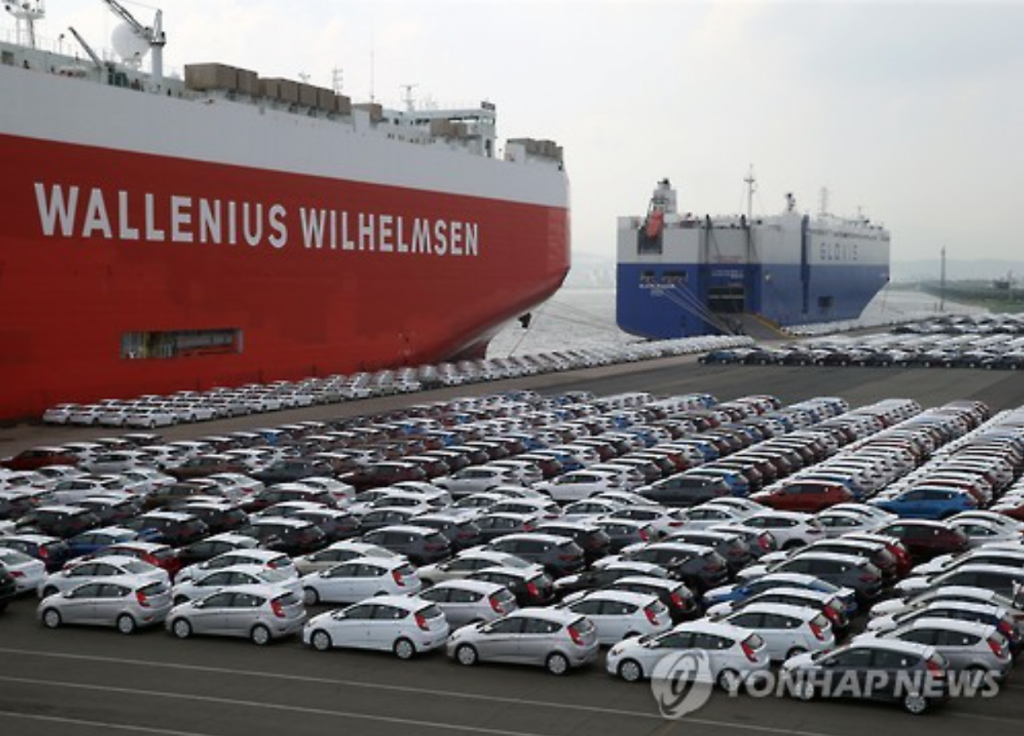 “A drop in car production stemming from prolonged walkouts at auto companies and a slowdown in the global economy dragged down South Korea’s car exports,” the KCS said in a release. (image: Yonhap)

The total value of exported vehicles reached US$7.23 billion in the July-September period, down from $8.76 billion a year earlier, according to the data compiled by the Korea Customs Service (KCS).

“A drop in car production stemming from prolonged walkouts at auto companies and a slowdown in the global economy dragged down South Korea’s car exports,” the KCS said in a release. “A steady increase in overseas production lines also contributed to the sharp decline in the third quarter.”

Unionist workers of Hyundai Motor had staged a strike for months, demanding a wage hike, and the work stoppage finished early this month after the labor union agreed on a deal with the management.

The monthslong walkouts were presumed to have caused more than 100,000 units of missed production.

By country, exports to the United States, the largest importer of South Korean cars, shrank 24.3 percent on-year, while shipments to Saudi Arabia and Canada fell 42 percent and 20.9 percent, respectively, over the cited period.

On the import front, the total number of cars brought into the country were valued at $2.06 billion, down 14.5 percent from a year earlier. The number of imported cars also retreated 26.9 percent on-year to 60,000 units in the third quarter.