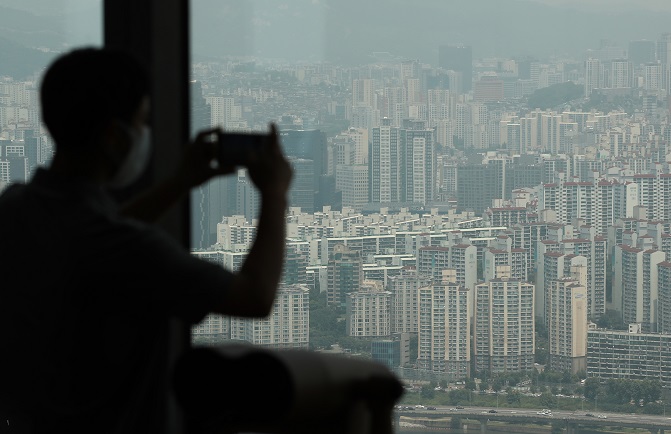 Rep. Kim Hoi-jae of the Democratic Party referred to a Statistics Korea report indicating that the 100 South Koreans with the largest real estate holdings owned a total of 20,689 homes as of 2020.

Jointly owned homes were counted based on the share of ownership.

The homes were worth 2.5 trillion won (US$1.74 billion) based on the posted price.

Each person owned an average of 207 homes worth around 25.2 billion won.

During the same four-year period, the total price of the homes jumped by 67.8 percent from 1.5 trillion won, indicating that each person saw his/her real estate holdings jump in value by 10 billion won.