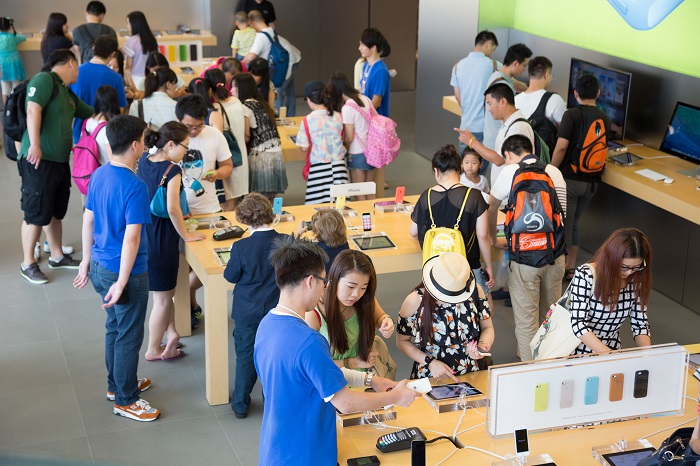 In order to retain customers, the major manufacturers are aggressively promoting their products by offering compensation for second-hand devices as well as improving warranty service.(image: Korea Bizwire)

SEOUL, Jan. 9 (Korea Bizwire) — It was reported on January 9 that starting this month, Samsung Electronics Co. has decided to replace mobile device displays free of charge in the case of ‘burn-in’.

Within one year of the original purchase, customers can have the display on their device replaced.

Samsung has been providing free repairs once a year since 2014, but is has now removed limitations on free repairs. However, the display will only be replaced if it cannot be fixed through software calibration.

The reason for such improved service is to improve customer service.

Apple Inc. also is planning to release its ‘Apple Care Plus,’ which was previously unavailable to South Korean consumers, in a bid to maintain its customer base.

‘Apple Care Plus’ is a repair service that can repair damages caused by the user. South Korean users have been complaining about the lack of the service in South Korea amid increasing iPhone prices.

Recently, Apple has suffered from a worldwide slump in sales due in part to soaring prices. The recent series sold 20 percent less compared to sales of the iPhone X, iPhone 8 and iPhone 8 Plus which were released last year.

In order to retain customers, the major manufacturers are aggressively promoting their products by offering compensation for second-hand devices as well as improving warranty service.

Samsung has launched a trade-in promotion for its Galaxy series.

Apple also is offering a promotion that discounts the price of a new device by up to 300,000 won (US$267) if the customer returns their existing device to an Apple store.