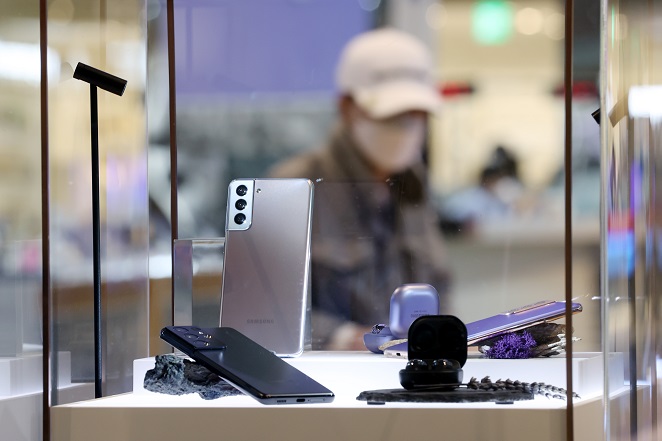 Samsung, the world’s largest smartphone vendor, is in talks with local mobile carriers over releasing its new smartphone models, including the Galaxy S21 FE, the Galaxy Z Fold3 and the Galaxy Z Flip3, in late August, according to the sources.

If confirmed, the new smartphones will be launched earlier than usual.

Industry insiders said early launches of new smartphones are intended to fill the gap of the Galaxy Note phablet series that have been released in August each year.

Samsung previously hinted it would not introduce a new Galaxy Note series this year.

The company has not confirmed any information regarding upcoming smartphones, but foreign tech reviewers have been predicting that the Galaxy Z Fold3 could be Samsung’s first foldable smartphone with an under-display camera and may support the S-Pen stylus.

Samsung was the world’s top smartphone vendor in the first quarter of the year after shipping 77 million smartphones for a market share of 23 percent, according to market researcher Strategy Analytics.