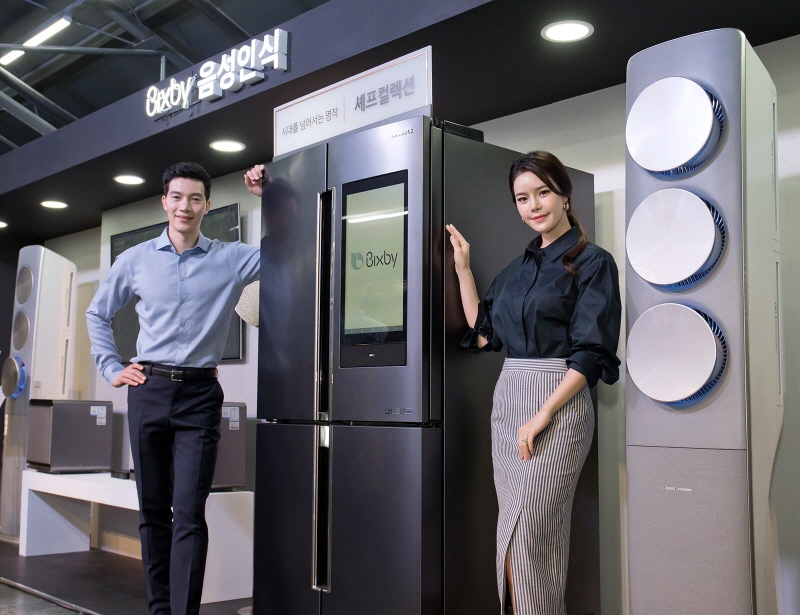 SEOUL, May 17 (Korea Bizwire) — Samsung Electronics Co. said Thursday it will apply its artificial intelligence (AI) voice recognition system, Bixby, to a wider range of home appliances in line with its vision to establish an Internet-of-Things (IoT) ecosystem for households.

Kim Hyun-suk, head of the company’s consumer electronics division, said it is important to provide customized services for different users in order to expand the IoT ecosystem in households, claiming that its solutions, including Bixby, will provide consumers with upgraded experiences.

In line with such efforts, the tech giant launched SmartThings last year, which combined all IoT-related cloud platforms. Samsung released the SmartThings application this year, allowing users to easily activate products connected to the network.

Bixby, which was initially used in Samsung’s flagship smartphones, also was put in TVs, refrigerators and washers this year. The South Korean tech giant said it will continue to apply the solution to more products, including ovens and robot cleaners.

The company said it will also make inroads into the AI technology.

“The core of the AI technology lies in providing necessary services in advance by understanding users even in complicated environments,” said Lee Geun-bae, who heads Samsung’s AI research center, claiming the company is competitive in the field on the back of its long-accumulated knowledge about customers.

Samsung said it will install AI technologies centering on Bixby in all IoT products by 2020.

“With Bixby, users will feel that Samsung Electronics’ products and services have become stronger,” Kim said, adding Bixby will contribute to making the lives of consumers more convenient.

With Bixby-equipped home appliances, consumers can come home and say, “Hi, Bixby. I’m home,” which will automatically turn on air conditioners, air purifiers and lights, with robot cleaners returning to their charging station.

The company claimed it will expand ties with other competitive AI research centers and companies, and even seek mergers if necessary.

Samsung, meanwhile, said the company needs more than 1,000 AI engineers to achieve its vision, hinting at recruiting more experts in the industry.

“There are not many AI experts around the globe. Thus, it is important (for Samsung) to recruit talented experts,” Kim said.

Kim also said Samsung will beef up its AI research center for commercialization of related products and services.