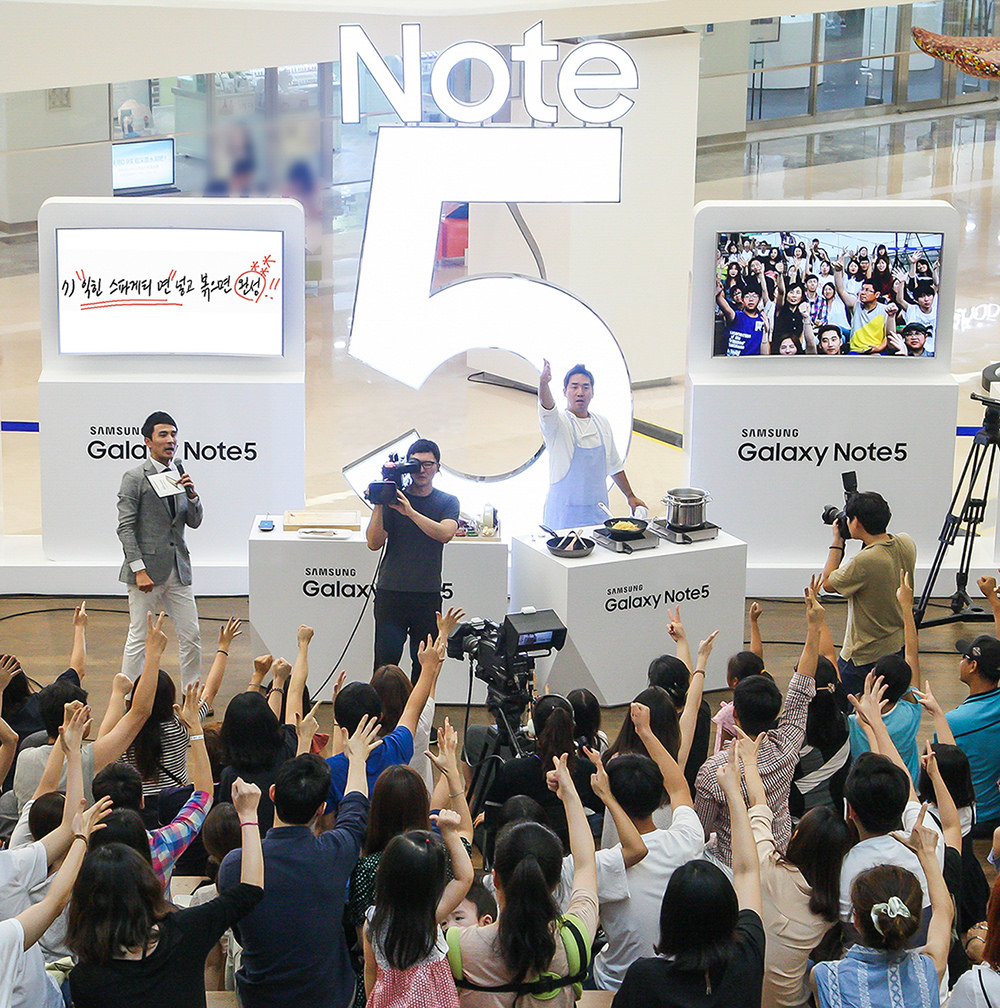 The Galaxy Note 5 and the Galaxy S6 Edge+, the larger edition of the Galaxy S6 Edge that has curves on both sides of its display, were introduced to the home market on Thursday. Both are a cross between a smartphone and a tablet.

Since their release, the average number of units sold per day for the two phablets came to 25,000 in the first three days of sales, according to the data compiled by local mobile carriers.

The figure is more than twice that of the Galaxy Note 4 and the Galaxy Note Edge, whose combined daily sales stood at 10,000 units during the initial stage of their release in September last year.

The new phablets currently claim about 30 percent of the country’s smartphone market, the data showed, pushing up the market share of all Samsung handsets to over 70 percent.

“Samsung may continue its solo lead in the market down the road, as there’s not much of a solid competition to speak of in South Korea at the moment,” an industry official said.

Should the strong sales spill over into overseas markets, it could lift Samsung from its ongoing struggles against increased competition from Apple and Chinese rivals.

Samsung has been facing hurdles in its mobile business, with its earnings being dented by the expansion of Chinese firms and Apple’s iPhone devices.

With the rise of global rivals, Samsung’s operating profit of its mobile business, one of the company’s main revenue sources, fell 37.5 percent on-year to 2.76 trillion won in the second quarter.

The new devices were also released in the North American market a day after their launch here. Customers in China, Japan and other major markets will be able to buy them starting Aug. 28.