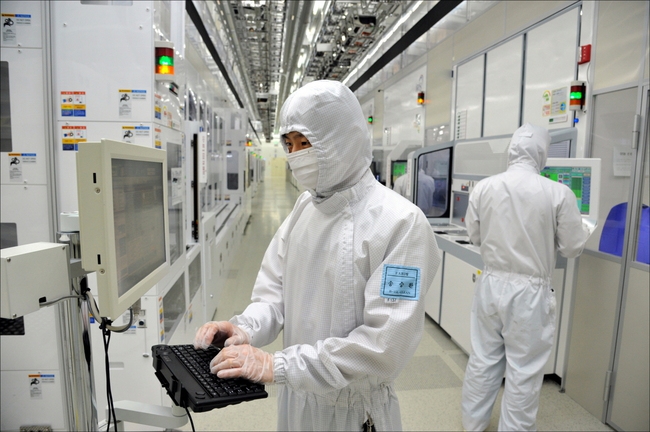 In DRAMs, the company’s market share rose to 48 percent from 45.3 percent in the previous year on strong overall demand. (image: Samsung Electronics)

The report based on data collected by various market researchers said the tech giant controlled 21.6 percent of the TV market last year, up from 21 percent in 2015. The gain comes despite very stiff challenges from rivals that saw sharp drops in demand in places like Latin America.

In DRAMs, the company’s market share rose to 48 percent from 45.3 percent in the previous year on strong overall demand. The corresponding number for 2014 was 39.6 percent.

The company’s strong showing comes as it was the first in the world to produce chips based on the 10-nanometer process that is more efficient than those based on older production methods.

Samsung predicted that based on its technological edge that is at least a year ahead of the nearest competition, it should be able to maintain its lead in 2017.

The electronics company said that while it did well in TVs and chips, its smartphone business struggled, accounting for 19.2 percent of all worldwide sales last year, down from 20.7 percent in 2015. Samsung said it produced 389.83 million handsets in the cited period, down from 423.06 million the year before.

The drop in market presence reflects to some extent the recall of the ill-fated Galaxy Note 7 phablet. The phablet was recalled last year after some units caught fire while recharging. Samsung has confirmed that faulty batteries were behind the problem.

In the area of displays, Samsung’s share of the market backtracked to 17.1 percent from 21.1 percent tallied in 2015.

“Overall market conditions are expected to be favorable going forward even though there will be risks,” the Samsung report said.

The company produced some 8.3 million panels last year, slightly more than the 8.28 million it made in 2015.