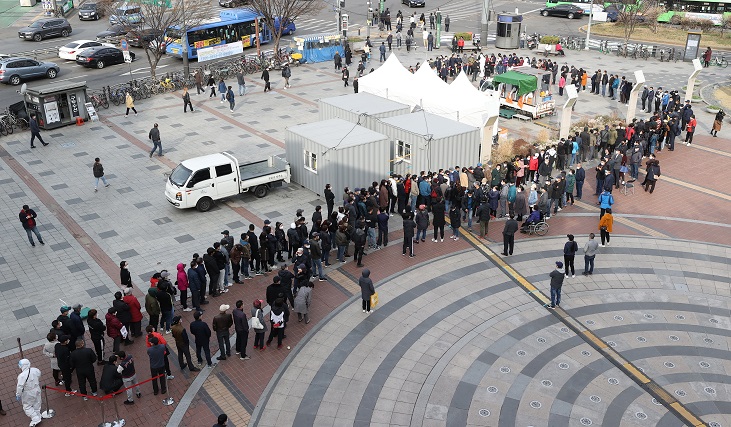 SEOUL, March 19 (Korea Bizwire) — The Seoul city government said late Friday that it retracted its administrative order requiring all foreign nationals to be tested for COVID-19, amid strong protest.

The city said it has switched the policy to a recommendation for foreign workers at high-risk business establishments to get tested for the coronavirus to prevent the transmission of the virus.

The move came after the Central Disaster Management Headquarters asked the city government earlier in the day to withdraw the order out of concern over human rights violations or discrimination against foreigners, the city said.

Earlier in the day, the country’s human rights watchdog launched an official inquiry to determine whether the mandate constitutes discrimination or human rights infringement.

On Wednesday, the Seoul city government ordered all foreign workers in the city to undergo mandatory virus tests by the end of March amid a recent spike in infection cases in areas and workplaces concentrated with foreign nationals.

The government of Gyeonggi Province, surrounding the capital, issued the same mandate on March 8, as it experienced a sudden surge in infection cases in foreigner-dense areas.

Under the order, some 85,000 foreigners working in the province, the country’s most populous with a population of 13 million, must take a virus test by March 22. 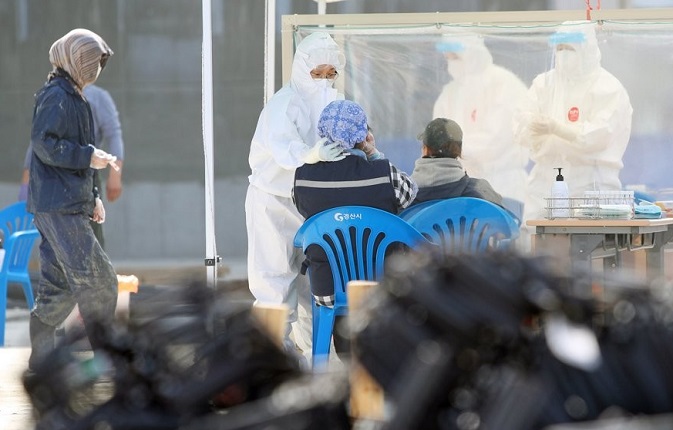 While the provincial government has not scrapped the order, it announced Friday that it would withdraw a controversial plan where businesses can only hire foreign nationals who has tested negative for the coronavirus.

In announcing the launch of the inquiry, the National Human Rights Commission (NHRC) stated that “a number of foreigners have submitted petitions, noting the administrative orders (for mandatory tests) feel as if they are (expressions of) hatred and racial discrimination.”

“Upon this, the commission is planning to determine whether they constitute discrimination (against foreigners) or violations of human rights,” NHRC said.

The statement appeared to criticize the orders, saying that “a policy that excludes or segregates immigrants could encourage negative perception or discrimination against immigrants; shake up the foundation for social unity, solidarity and trust; and lead to hate crimes based on race.”

The mandatory virus test orders triggered a backlash among the foreign community in the country, with British Ambassador to South Korea Simon Smith openly voicing protest in a video posted on his Twitter account on Thursday.

The British Embassy has also lodged a complaint against the measures with the rights watchdog.

The human rights center of Seoul National University, which has some 2,000 foreign students, professors and researchers, has also sent a letter of complaint to Seoul, demanding the withdrawal of the administrative orders.