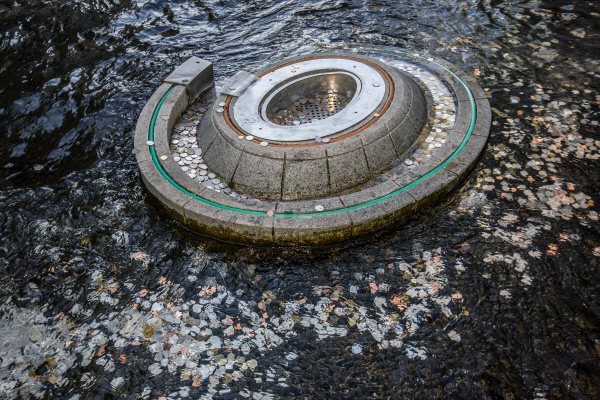 This photo, provided by the Seoul metropolitan government, shows coins tossed into a wishing well at Cheonggye Stream in the capital.

SEOUL, Aug. 4 (Korea Bizwire) — Coins tossed by visitors into a wishing well at Cheonggye Stream in central Seoul last year will be donated to a scholarship foundation and the U.N. Children’s Fund (UNICEF), officials said Tuesday.

The Seoul metropolitan government said it will deliver 27 million won (US$22,613) raised from the artificial stream to the city-funded Seoul Scholarship Foundation to help high school students in need.

A total of 19,000 foreign coins collected will also be given to the Korean Committee for the UNICEF to support children in developing countries suffering from water shortages, it said.

“We are proud the lucky coins harboring the hopes and wishes of Cheonggye Stream visitors will be used as scholarships for teenagers and relief funds for children,” said Jo Sung-il, chief executive of Seoul Facilities Corp., which manages the stream.

Tossing coins into the well has been a popular activity among visitors since the stream was restored in 2005.

The city has since donated about 407 million won and 361,000 foreign coins collected from the wishing well to domestic and international charity organizations.