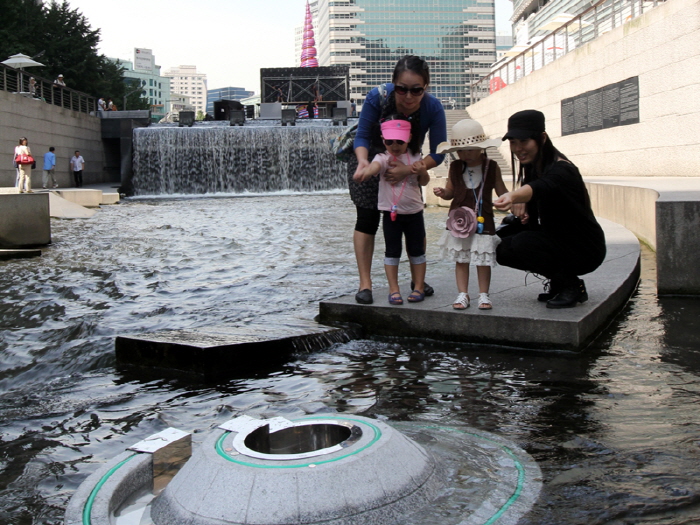 SEOUL, Mar. 27 (Korea Bizwire) — “Good luck coins” worth 40 million won (US$35,300) gathered in the Cheonggye Stream in Seoul last year will be used to realize children and teenagers’ dreams.

The Seoul Metropolitan Government announced on Tuesday that it will donate the lucky coins thrown at the Cheonggye Stream by domestic and foreign tourists in 2018 to the Seoul Scholarship Foundation and the Korean Committee for UNICEF (KCU).

The city will donate 3 million won to the Seoul Scholarship Foundation and 1 million won worth of coins from 20 different countries to the KCU.

The coins donated to the Seoul Scholarship Foundation will be used to fund scholarships for students from low-income families at Seoul-based specialized high schools. 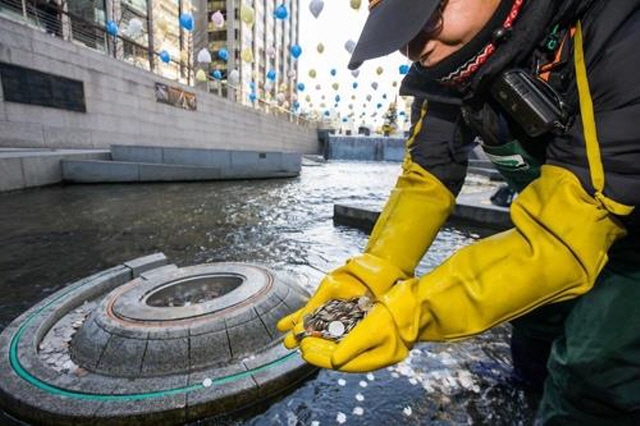